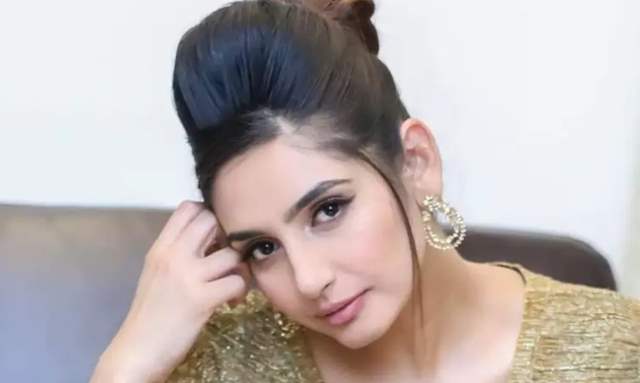 Actress Ragini Dwivedi was summoned by the Central Crime Branch (CCB) in the ongoing  Sandalwood drug scandal. However, she failed to appear before the court and took to social media to share the same.

"I am grateful for all the concern expressed by the public about the notice I received yesterday. As I received it at very short notice, I was unable to appear today before the CCB police. However out of respect for the process of the law, my advocates have presented themselves before the police, have explained my difficulty in not being able to appear today and have sought time," she wrote on Instagram.

Ragini will be interrogated on Monday in the probe regarding information and leads to links between actors and industry persons and the abuse of substances. She shared in another post:

"I'm committed to appear on Monday morning before the police. I consider it my duty as a citizen to humbly participate in any questioning that the police my have; I have nothing to hide and have no connection with any unlawful activity which is being probed by the CCB police. Once again, I express my gratitude for all the love, affection and concern that has been expressed." 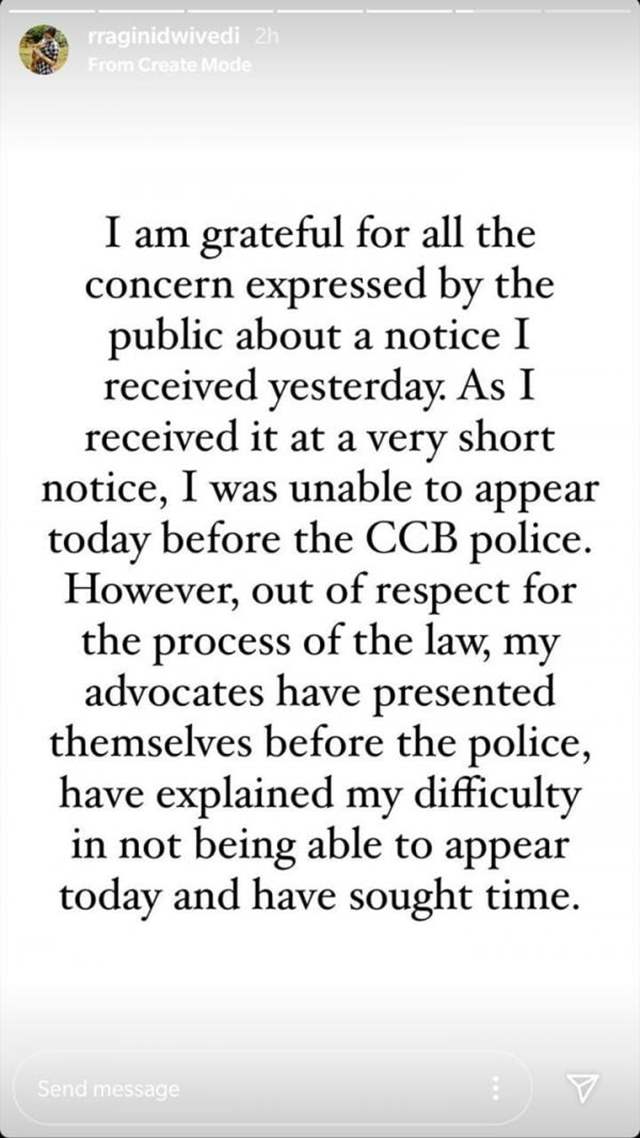 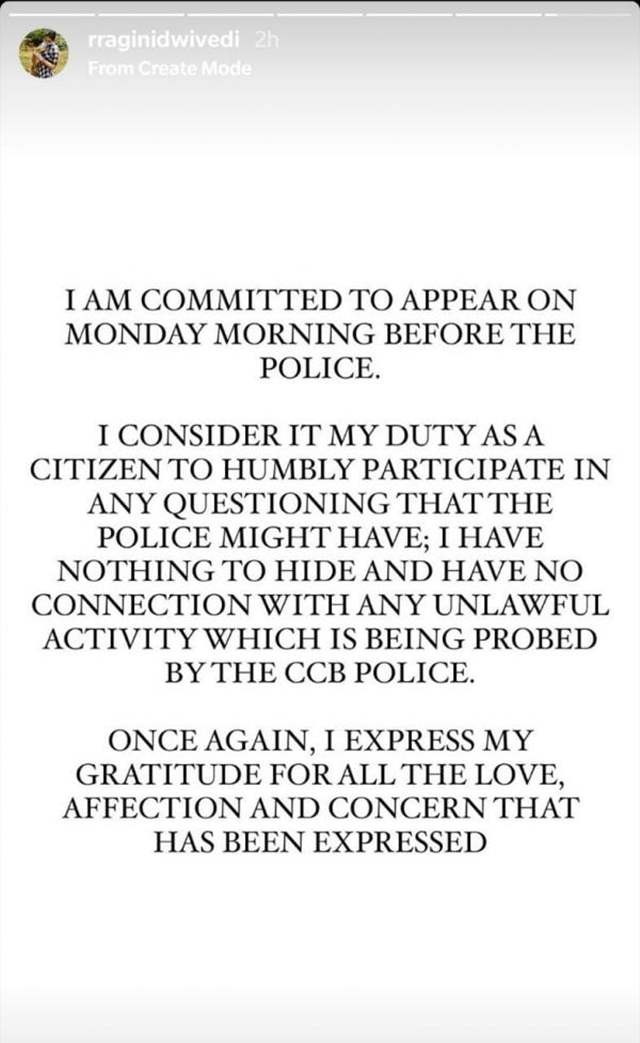 Ragini’s friend Ravi Shankar, a clerk at the RTO, was investigated on Wednesday evening and arrested in the same drug racket. Meanwhile, The Karnataka Film Chamber of Commerce president D R Jayaraj in a press conference said, "If they are proven guilty of having drug links, the chamber will initiate action against them."