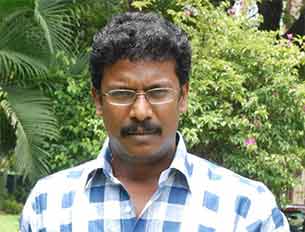 After making it big with corruption-based hit Tamil film "Nimirnthu Nil", filmmaker Samuthirakani is attempting at women-centric drama with "Kitna" and says it will feature Amala Paul in the lead role.

"My next project 'Kitna' will be set against the backdrop of a forest. Amala Paul will essay a dual role, which will span from her birth to the age of 45. It will be a strong women-centric film with a lot of scope for Amala to perform," Samuthirakani told IANS.

"It will be a small film and I plan to wrap it as quickly as possible," he added.

He is pleased with the response to "Nimirnthu Nil", which released after facing a few roadblocks.

"I have come a long way since the release of the film. When it was stalled hours before its initial release, there were rumours that I had committed suicide. There was a lot of pressure but I'm glad our film has emerged victorious," he said.

"The best part of 'Nimirnthu Nil' is that its success belongs to each one of us who worked on the film. It was a combined effort which paid off despite all the roadblocks," he added.

Nidhi Shah on breaking stereotypes around women on TV with Anupamaa