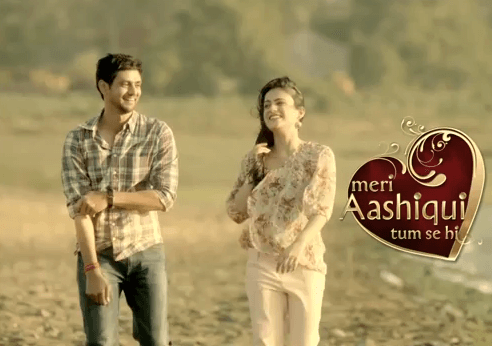 Balaji Telefilms' popular show Meri Aashiqui Tumse Hi on Colors is garnering good TRPs because of the appealing story line. The viewers are loving Radhika Madan and Shakti Arora's chemistry who are seen as Ranveer (Shakti Arora) and Ishaani (Radhika Madan) in the show. Till now the story has been interesting and fascinating for the audience and now it is going to be more interesting with the entry of new characters in the show. The latest one is of Sharman who has come from US as Ishani's brother.

In the recent episode, it has been shown that Chaitali comes to Sharman's room sees an adult magazine placed on his bed. She tells the same to Baa (Sarita Joshi) and Baa decides to throw a party to finalize a girl for Sharman which is sort of a Swayamwar that Baa is organizing for Sharman.

In the upcoming episode there will be an interesting twist where Sharman's relationship truth will be revealed.

As per our source, "As the party begins, Sharman gets attracted to a girl named Jigna. He starts dancing with her and meanwhile a girl named Samira enters the party. She will stop Sharman from dancing and gives him a tight slap; she starts blaming him for double dating her. Samira claims that she had been in a relationship with Sharman while he used to study in US and now he is cheating on her through a Swayamwar party for himself."

How will the family react to this? Will they believe Samira?

To know more about these keep reading the above space.

Salman-Khan-Fan 6 years ago Baa should get Sharman married to Samira not Jigna. Sharman is cheating on Samira and he deserves this. If Samira had come earlier then there would be no swayamwar.