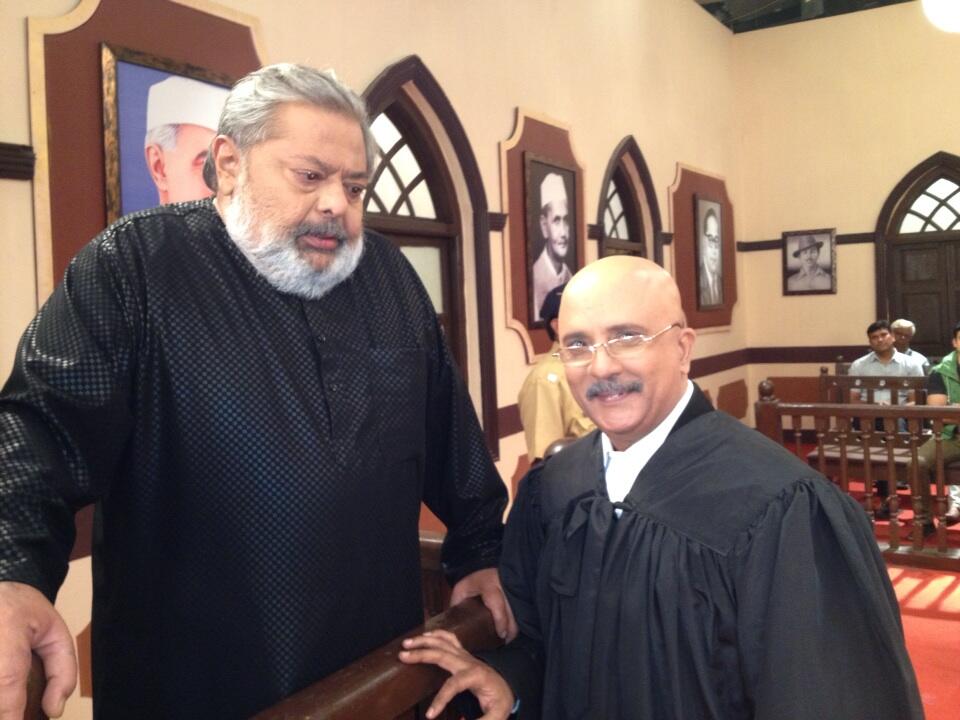 Contiloe Entertainment Productions popular show Adaalat on Sony TV, has left a mark on the viewers with its interesting story line which is very entertaining as it revolves around a defense lawyer  (K.D Pathank a.k.a Ronit Roy), who fights his each case to set free the innocent victims.

We have seen that many television celebrities have made their presence felt in the show by playing cameo roles and as prosecution lawyers. To add to the list of the celebrities we have two veteran actors who will soon be seen in the show. The ace veteran actors Sameer Kakkar and Rajesh Puri are shooting for the show today.

They will appear allong with the dashing lawyer played by Ronit in one of the upcoming episode. On the same we tried contacting Ronit Roy to know about his feelings working with the veteran actors but he remained unavailable to comment. But well his tweet on the popular social networking site Twitter says it all, "I'm honored to be shooting for Adaalat today with the two veterans of TV."

Well we are sure Ronit Bose Roy is having a great time shooting with Sameer Kakkar and Rajesh Puri.

+ 2
7 years ago Adaalat is a good show. The script and the dialogues are well written...

7 years ago Waiting for the episode as usual!
Ronit Roy rocks as KD Pathak! :)

IamKaushik 9 years ago They are all legends...but my favourite actress is Sadhna because she was a trend setter and she knows how to make herself young in our hearts.

10 years ago Vyajanti Mala., Nutan, Madhubala, n Waheeda Rehman r the one I like...but over all, I like all these gorgeous ladies, including Nargis..thanks..

+ 5
10 years ago Nargis should have been in this list. But she wasnt as bautiful as Sadhna, Saira Banu or Sharmila. Those 3 were the most gorgeous! Just remember Sadhna in Mere Mehboob, Saira Banu in Junglee and Sharmila in Kashmir Ki Kali? They were true beauties which these plastic modern actresses can never come close to!

+ 2
10 years ago I prefer new actresses instead of anyone frm this list.

+ 5
10 years ago I mean these yesteryear actresses had the looks as well as the talent ...what a rocking list and the current lot is abs no match to them ......i think the word actress lived till Kajol was a mainline actress ......after that sorry i dont consider anyone of the current lot to be an actress ...some are surviving bec of the titles they have won , some bec of the families they come from and some bec of their looks and the very hopeless ones bec some one frm the industry happens to be their very good friend !!!!
Madubala , Waheeda Rehman ,Sadhna and Mumtaz ...my favs from the list

+ 4
10 years ago Sadhna is my favorite ..as there is a mystery surround her characters .