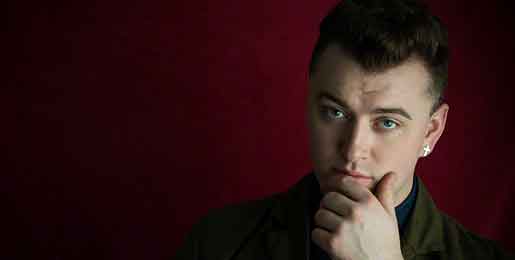 According to Official Charts Company, the 23-year-old singer's debut record "In The Lonely Hour" became the only album after The Beatles' groundbreaking debut "Please Please Me" to log an astonishing 50 weeks in the top five.

"Seeing this statistic genuinely makes me feel very weird, but also insanely happy and just so thankful to everyone who has purchased the album. Not so lonely anymore," he told OfficialCharts.com.

The only other act to rival this feat was the American folk rock duo Simon & Garfunkel, who caused a stir with their final studio album "Bridge Over Troubled Water". Released in 1970, the album managed the first full 52 weeks in the top five.

Released in May 2014, "In the Lonely Hour" has sold over a million copies in Britain and the US. The album's phenomenal success has only added to the "Stay with me" hitmaker's skyrocketing popularity, as he has performed to sold-out crowds across the globe and picked up four Grammy awards including Best New Artist.

The Universal Music artist is currently recuperating from a throat surgery following a haemorrhage on his vocal chords.