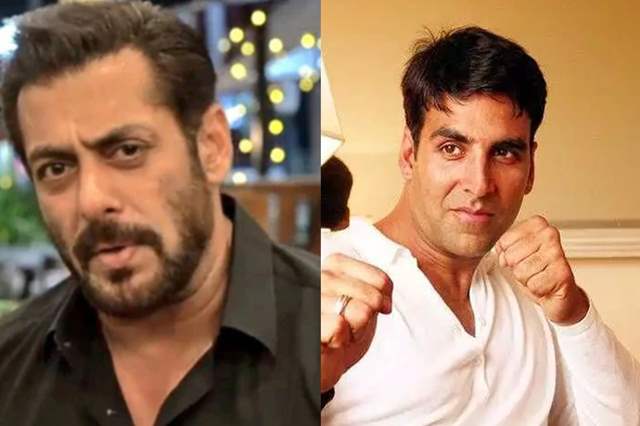 Given the fact that we are even talking about shows and films getting to the normalcy of the shoot and how movie releases are being talked about again, work is indeed resuming in the biggest way possible.

It is no secret how the entire industry was on shutdown until now owing to the unprecedented coronavirus outbreak.

This led to some of the biggest films like Sooryavanshi, 83, Radhe, and others missing their release dates and waiting for the next update as time moves on. And now, according to a recent report in Pinkvilla, it is being suggested that Salman Khan's Radhe is now aiming for a Diwali 2020 release And that's not it. The report also suggested that the makers of Akshay Kumar's upcoming period drama, Prithviraj is also eyeing for a Diwali release. This might mean that there will be a massive clash between two of the biggest films and the fact that Khan and Kumar might clash.

A source close to Prithviraj's development told the portal, "The sets of Prithviraj erected outdoors had been dismantled but Aditya Chopra has already got his team to build sets indoor at YRF. They have chalked out a perfect plan to film the remaining portions of their period drama inside the studios itself with limited staff and technicians. Adi is very sure and in touch with all exhibitors. Prithviraj will definitely be releasing in the festive week of Diwali, once multiplexes also open shop."

We cannot wait to see if it actually happens.

-RD- 2 months ago Pinkbilla yeh kaun site hai ? And I know IF tends to pick articles from other sources but u should do some fact checking before printing something ... Radhe is also being distributed by YRF why wud they make two of their potential hits clash with each other ?

'The camera should never go off', Nawazuddin Siddiqui on ...
10 hours ago