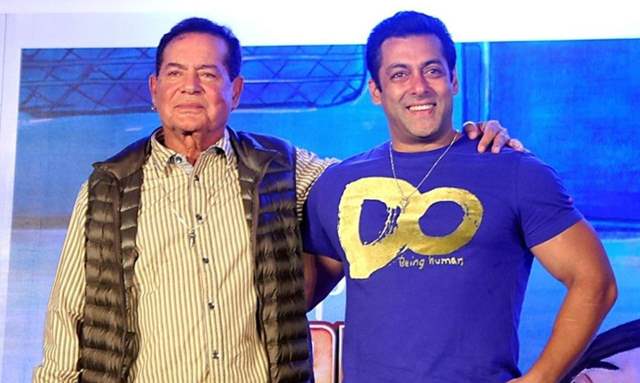 Salman Khan starrer Radhe: Your Most Wanted Bhai was touted to be of the most awaited films amid the lockdown. While the film aimed at entertaining the fans and followers, Radhe saw mixed reviews from the audience and the critics as well.

However, it all boils down to Salman Khan’s family members and their views over the film, as fans have been eagerly waiting for the lead actor’s father Salim Khan’s review who is an Indian film actor, producer and screenwriter.

Expressing his opinion on his son’s latest release, ‘Radhe: Your Most Wanted Bhai’, Salim Khan pointed out, “‘Radhe’ is not a great film at all”.

Speaking to Dainik Bhaskar, the senior actor compared Radhe to Salman’s previous films and said in Hindi, "The film prior to this Dabangg 3 was different. Bajrangi Bhaijaan was good and totally different. Radhe is not a great film at all, but commercial cinema has a responsibility that every person can get money. From artists to producers, distributors, exhibitors and every stakeholder should get the money. The one who buys the cinema must get the money. Due to this, the cycle of cinema making and business goes on. On this basis, Salman has performed. Stakeholders of this film are in advantage. Otherwise, Radhe is not that great a film."

He also shared his thoughts on writers in the film industry today and said, "A big problem of the film industry is that there are no good writers here. The reason for this is that the writers do not read literature in Hindi or Urdu. They see anything outside and get involved in Indianising it. The film Zanjeer was a game-changer of Indian cinema. That film made Indian cinema come back on the right path. But since then, the industry has not received the replacement of Salim-Javed yet. In such a situation, what can Salman do?"

In Radhe, Salman plays an undercover cop who is on a mission to get hold of drug mafias in Mumbai city.

Directed by Prabhudeva, Radhe: Your Most Wanted Bhai also stars Disha Patani, Jackie Shroff and Randeep Hooda in pivotal roles. The film released on the occasion of Eid on May 13 in theatres as well as ZEE5 with pay per view service ZEEPlex.

Salman will next be seen in Antim: The Final Truth along with his brother-in-law Aayush Sharma. He is also scheduled to begin work on the third instalment in the Tiger franchise.