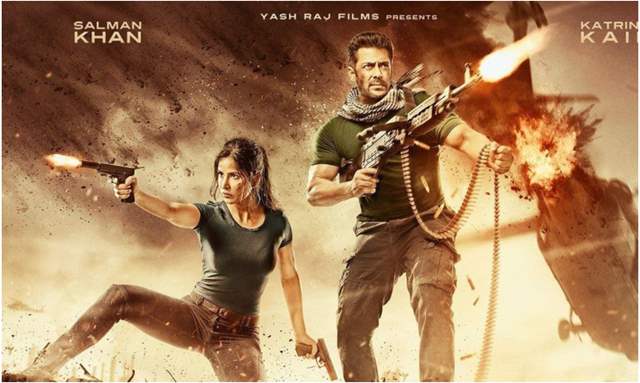 Superstar Salma Khan is currently shooting for the third instalment of his blockbuster Tiger franchise at a studio in Mumbai. The actor is all set to surprise his fans with new stunts and action sequences. The team was initially supposed to shoot in Instanbul however, the plans have changed for the team owing to the spread of coronavirus around the world.

Now, producer Aditya Chopra has provided the team with an alternative and arranged for his production design team to build a Turkish town in Mumbai where the lead cast will be shooting pivotal scenes of the espionage thriller.

According to the recent report in Mid-Day,  “A lavish set, reflecting the architectural style of a quaint Turkish locale, is being erected at the SRPF Ground in Goregaon. Maneesh Sharma [director] wants several heavy-duty action scenes, complete with artillery tanks and grenades, to play out against this backdrop as Salman’s Tiger and Katrina’s character Zoya Humaimi take on the bad guys. The set will be up and running by the first week of April,” said a source.

The report further added that the makers plan on taking the story across seven countries and are constantly working on rescheduling, considering the safety of the cast and crew.

The entire team is likely to head to Istanbul and Dubai in June and for the time being, the Turkish set is being recreated here as the makers feel that whenever they go to Istanbul, it will be difficult to travel to the interiors because of the pandemic.

Meanwhile, on the work front, Salman Khan will be seen in a cameo appearance in Siddharth Anand’s Pathan which stars Shah Rukh Khan, Deepika Padukone and John Abraham.