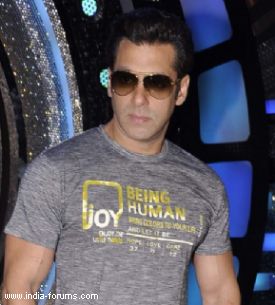 Bollywood superstar Salman Khan Thursday unveiled his brother-in-law and filmmaker Atul Agnihotri's next film "O Teri" trailer. He said that he would be seen in a song in the film.

"Pulkit came with the script and I really liked it. The film turned out to be good. I am also doing a song in it," Salman told reporters at the launch.

Salman, known for portraying larger than life roles on the big screen, wants to stick to same kinds of roles.

He said: "I would like to do guest appearance in other films, but wouldn't want to do a film like that because actor in me will get killed. I want to do larger than life roles saying right things."