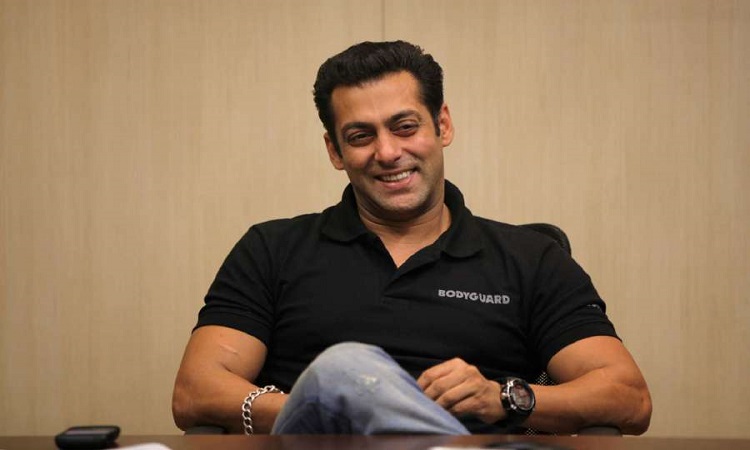 As a superstar, Salman Khan turned 53 on Thursday, hoards of heartfelt wishes showered on social media for him from the members of the film fraternity.

Be it Salman's female co-stars or his friends from the industry, everyone wished Bollywood's 'Bhaijaan' happiness, peace and long life on his birthday. And in return, the star treated them by throwing a party in his Panvel farmhouse on Wednesday night.

Sharing a dancing video with Salman from his birthday celebration on Instagram, the former Miss Universe and actress recalled her memories with the actor, saying " it was a destined journey from falling in love with Prem on screen in 'Maine Pyar Kiya' in 1989 to sharing the screen with him in 'Maine Pyaar Kyun Kiya'."

"Happy Birthday to a man who never stopped celebrating 'Being Human'. Have a blessed year and I will always love you," posted Sushmita.

While actress Preity Zinta thanked him for always inspiring her.

She said: "Happy birthday to my sexiest, sweetest, maddest and rock solid friend. Thank you for always inspiring me by being more human than anyone I know and for making this world a better place for people no one else knows..."

Salman, the son of veteran screenwriter Salim Khan, began his acting career with a supporting role in "Biwi Ho To Aisi" and got his first commercial break in Sooraj Barjatya directorial "Maine Pyar Kiya".

He later appeared in movies like "Hum Aapke Hain Koun..!", "Karan Arjun", "Biwi No.1" and "Hum Saath-Saath Hain", through which he garnered a huge fan base.

"Gold" actress Mouni Roy also shared photographs from the party on social media, where she wrote that she is "his fangirl for life", and wished him "happiness and love you bring into everybody's lives."

Here's what other celebrities have to say

Madhuri Dixit: Happy birthday Salman Khan! May you be forever blessed with loads of love and laughter. Have a good one.

Neil Nitin Mukesh: Dearest Salman, Here is wishing you a spectacular birthday. God bless you with all the happiness

Sophie Choudhary: Good people are like candles... they burn themselves to give others light...Happy birthday Salman. Stay happy, stay healthy, stay blessed. Feel privileged to know you...

Anees Bazmee: Wishing inimitable Salman Khan a very happy birthday. One of the finest human being I've met and worked with. Stay Blessed!

3 years ago Mouni Roy is so Lovely and Pretty.
Love Mouni Roy