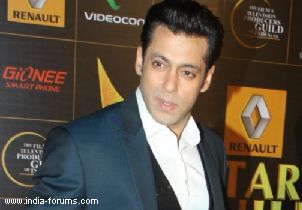 "He is more like an aam aadmi (common man). He is people's man," she added.

Salman's film "Jai Ho", which released Friday, also talks about the power of common man. In the film, he plays Jai, who fights against politicians and corruption on behalf of common man.