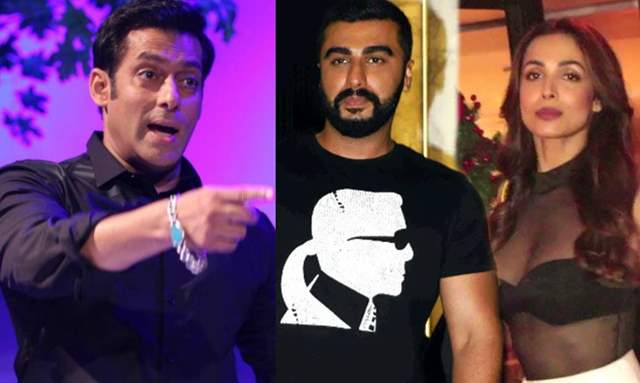 Salman Khan has been mired in controversies for a long time. The Inshallah row went on for a while, eventually leading to the film getting shelved over creative differences with filmmaker Sanjay Leela Bhansali. The bickering had also aroused rumours of a cold war between Khan and Alia Bhatt as well.

Post Inshallah, the team has moved on as Salman will be next seen in Dabangg 3 and Radhe-India's Most Wanted Bhai, whereas Alia has bagged SLB's Gangubai Kathiawadi.

A lot had been speculated about the sequel of 2005 film No Entry, starring Salman Khan, Anil Kapoor and Fardeen Khan alongside Lara Dutta, Bipasha Basu and Esha Deol in lead roles.

However, the leading man of the 2015 film, Salman Khan, won't be a part of the sequel, and the reason seems to be his tiff with Arjun Kapoor and Malaika Arora.

According to a recent report in Deccan Chronicle, Salman Khan has opted out of the project because the makers have plans to rope in Arjun Kapoor, beau of his ex-bhabhi, Malaika Arora.

A source close to the development confirms this news, “Salman is out of the project. Boneyji and Anees will take a call very soon on who they want to cast in the role of Prem and will make an announcement once they get the right kind of star to take the franchise forward. The script has been ready for a long time and the project will mount the floors once the casting is done.”

Well, the Khan-Kapoor tiff does not seem to end anytime soon.

Arjun is Head Over Heels in Love with Malaika, Opens up about Marriage ...