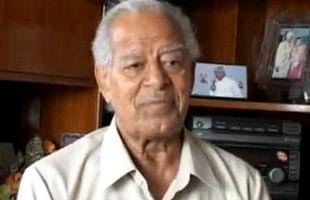 Bollywood superstar Salman Khan along with other actors and media persons kept a minute of silence to pay tribute to Dara Singh, who died Thursday after a brief illness.

Before beginning the launch of the first song of his movie "Ek Tha Tiger" at the Gaity Galaxy here, Salman requested everyone to maintain a minute's silence in the memory of the late legend.

"He (Dara Singh) was the most amazing person to work with. I know his children really well. As a person, he was the most incredible. It is a huge loss to us and god bless his soul," Salman said.

Dara Singh was admitted to a hospital here Saturday after a heart attack. On Wednesday, he was shifted to his home from hospital. He passed away at his residence in Juhu in the morning.