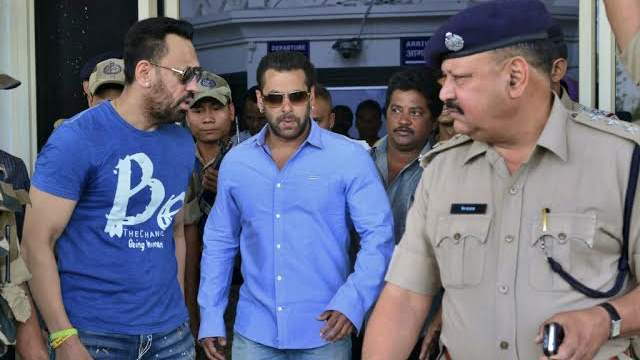 Following the death of Punjabi artist and rapper Sidhu Moose Wala, Bollywood superstar Salman Khan's security has been beefed up.

According to a news media outlet, the increased protection comes after gang leader Lawrence Bishnoi, who is now detained in Tihar jail, was named as the main suspect in the murder of Moose Wala.

According to a senior police officer, the Mumbai police have increased the star's total protection to guarantee he is safe from the operations of the Bishnoi gang, which operates out of Rajasthan.

The senior police official told Hindustan Times, "We have enhanced the overall security of Salman Khan. Police will be present around his apartment to make sure no nefarious activity is done by the gang from Rajasthan."

Salman was already on Bishnoi's sights during the controversial blackbuck poaching case during the filming of 'Hum Saath Saath Hain.' The black buck is considered a holy animal by the Bishnoi tribe, and Salman's involvement in poaching has damaged the community's feelings.

Sidhu Moosewala was murdered in Punjab's Mansa district on Sunday as he was intercepted by assailants while he was driving an SUV.

Salman will be next seen in 'Tiger 3' along with Katrina Kaif. He has also been working on 'Kabhi Eid Kabhi Diwali'.