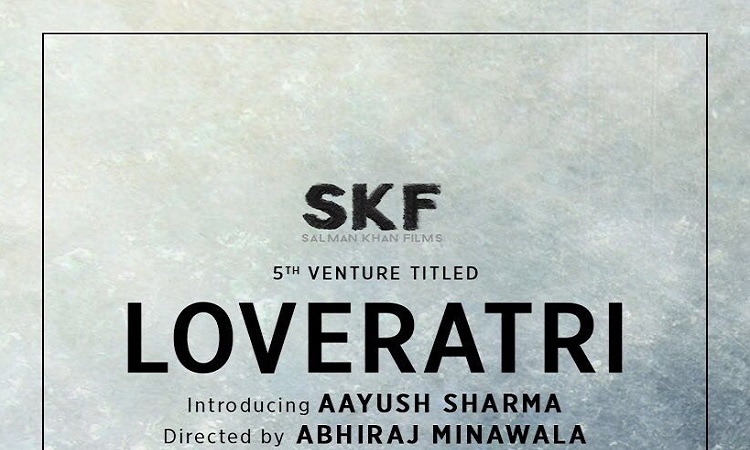 'Loveratri' will mark the debut of Aayush Sharma in Bollywood. The female lead for the film is yet to be finalized. Loveratri is directed by Abhiraj Minawala who will also be making his directorial debut with the film.

The makers also shared the official photograph announcement on Twitter and wrote, "Proud to announce our next film, titled #Loveratri, introducing @aaysharma and directed by #AbhirajMinawala".

Loveratri has Aayush Sharma in lead role and is helmed by Abhiraj Minawala. The film is produced by Salman Khan under the banner of Salman Khan Films.