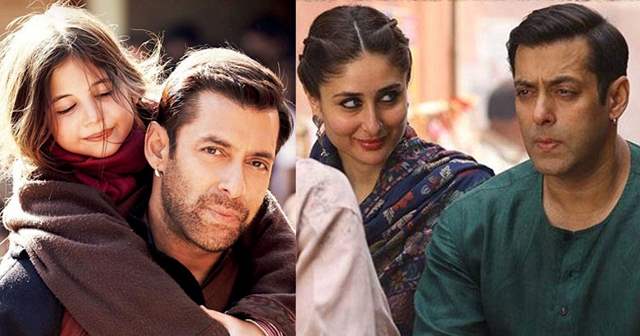 Salman Khan’s Bajrangi Bhaijaan is a film that moved millions across the nation with its engaging storyline. Today, on occasion of the film completing 5 years since its release Salman Khan Films and director Kabir Khan shared posts on social media to mark the occasion.

Salman Khan films, sharing how it was their first film took to social media and shared,

“Celebrating 5 years of our first film!! Relive the magical moments of Bajrangi Bhaijaan with trailer and other memorable videos! (Link in bio) #5YrsOfBajrangiBhaijaan”

Director Kabir Khan shared, “A film that came from our hearts and will always be special for me because of the unprecedented love that you've showered upon Bajrangi Bhaijaan. Thank you for the continuing appreciation #5YearsOfBajrangiBhaijaan”

Following up with another post, Kabir Khan also shared how the film is still running in some theatres in Japan even after five years of its release.

luvumjht 23 days ago To stay in news, the team has started getting nostalgic way too often.

exclusive
Exclusive Daya Shanker Pandey on What Excites Him Even After Two ...
8 hours ago