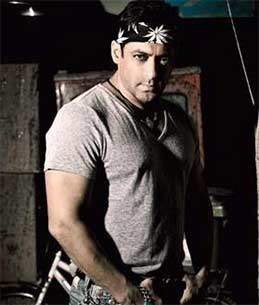 The trailer of the much-awaited Salman Khan movie "Kick" was released Sunday, but the actor said that he won't speak much about his character.

"I am not giving any details about the character. If I'd tell you about my character in the film, you will make assumptions. So, it's better I keep it under wraps," Salman told reporters.

Released at single-screen theatre Gaiety Galaxy, the event was attended by other cast members of the film.

Salman's fans, who attended the launch, went berserk while watching the trailer.

"I felt like a newcomer as I have been a producer for 27 years, but it was a great experience directing the film," said Nadiadwala.