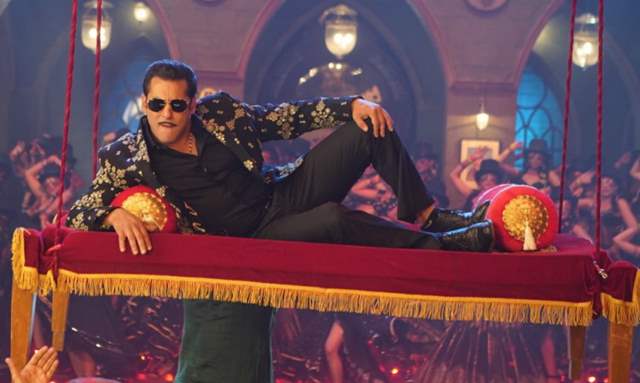 After treating the audience with the peppy and fun audio of 'Munna Badnaam' from Dabangg 3, the makers have now dropped the teaser of the video and the song is undoubtedly all set to become the song of the year as our beloved Chulbul Pandey turns into an Item Boy!

It's always a delight to watch Salman Khan dance as he adds his own quirk to the song with unique hook steps, and with Munna Badnaam, he seems to have delivered another smashing performance.

However, this one will be extra special with an epic dance-off between Chulbul Pandey and Prabhu Deva. Which means Munna Badnaam will actually have not one, but two item boys, both of whom are quite the dancing sensations. Munna Badnaam has been choreographed by Vaibhavi Merchant and also features Warina Hussain.

Chulbul Pandey took to his social media and shared the teaser:

The song will be launched in a grand event in Mumbai by Chulbul Pandey and Prabhu Deva this week, and it will be quite a treat to watch them both groove onstage to the most awaited song of the year.

The much-awaited Dabangg 3 is directed by Prabhu Deva and produced by Salma Khan, Arbaaz Khan and Nikhil Dwivedi under the banner of Salman Khan Films and is slated to release on 20th December, this year.

"Rhea Is Not Co-Operating With ED; Actor Claims She 'Doesn't ...
34 minutes ago