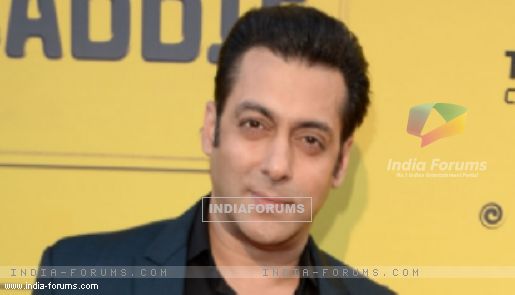 Bollywood superstar Salman Khan, who is known to support new talents, will be seen launching the music of the Marathi film "Sanngto Aika...!" here Sep 15. The movie is being produced under new banner Landmarc Films.

"I happened to tell Salman sir that I was working on a Marathi project and he, being so supportive and such a great human being, asked me to tell him the story. We narrated the script to him and he just loved it and wanted to support the film. We invited him to launch our music and first look and he instantly accepted (the invite)," Vidhi Kasliwal, producer of "Sanngto Aika...!", told IANS.

Kasliwal has earlier directed a film "Isi Life Mein", which saw Salman in a cameo. For "Sanngto Aika...!", she's working as a producer.

Talking about her bonding with Salman, Kasliwal, who is Sooraj Barjatya's niece, said: "Salman sir is such a big personality, but such a simple person. I have known him from a distance since the time I was eight years old, but got to work with him in 2010 on my first film 'Isi Life Mein'.

"Right from that time, he has taken a keen interest in my career and has been gracious enough to be in touch with me for the last four years throughout which he has encouraged and supported me and my career."

The film is slated to release Oct 2.