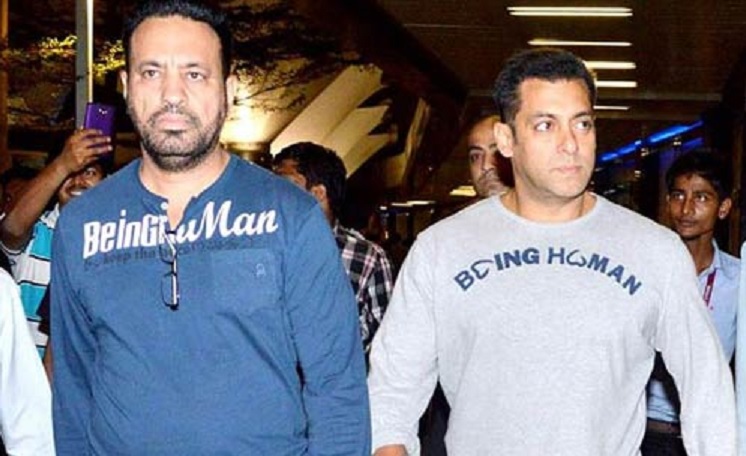 Salman Khan has been immensely popular for being a helping hand to bring about several aspiring actors and actresses in Bollywood. Artists like Katrina Kaif, Jacqueline Fernandes, Arjun Kapoor, Dasiy Shah and Sonakshi Sinha were all brought up in Bollywood by the actor.

According to reports, Salman's bodyguard Shera, who is considered as a Shadow of the actor will have his son on board in Salman's upcoming film 'Sultan' directed by Ali Abbas Zaffar.

Over whelmed with Salman's help Shera said that Bhaijaan kept his promise to launch his son Tiger in Bollywood.

Salman had promised Shera to launch his son in Bollywood and thus keeping his promise the actor got him a chance as an assistant director in the film.

Many actors like Hrithik Roshan, Ranbir Kapoor, Varun Dhawan and Suraj Pancholi have all begun their Bollywood career the same way and as such it can be stated as a good start for Shera's son as he will get hands on experience on set and working in the entertainment industry.

It's pretty clear that with Salman's support Tiger will be looked after well in the industry paving way fo better job prospects.

+ 3
7 years ago We cannot negate a good deed under shadow of a bad deed. People mature and they correct themselves.. and I am no Salman Fan.

+ 2
7 years ago I am here to just post a negative comment... he became the sole reason for the death of a bodyguard and now he is going to launch some other bodyguard's son... Now I finally understand that he stands for only those who will be with him in his wrong deeds...