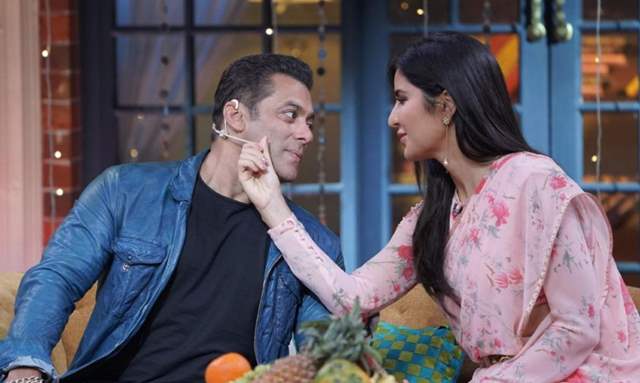 Katrina Kaif turned a year older on Friday, July 16, 2021 and many well-known celebrities wished the beautiful actress on her big day. However, it was her friend and colleague Salman Khan’s birthday wish for her that caught the fans attention.

The Sultan actor shared a candid throwback picture with Katrina Kaif from the time they went on The Kapil Sharma Show together to promote their film Bharat. In the photo, they could be seen looking at each other and smiling.

Salman shared a sweet post to wish Katrina on her 38th birthday as he wrote: "Wish u an amazing birthday Katrina! Healthier wealthier wiser birthdays with lots of love n respect in your life. @katrinakaif."

Salman and Katrina have worked together in a number of films together, including Maine Pyaar Kyun Kiya, Partner, Ek Tha Tiger and Tiger Zinda Hai. Their most recent release was Bharat, which was released in 2019. They will be seen next in the third instalment of the Tiger franchise, which reportedly features Emraan Hashmi as the antagonist.