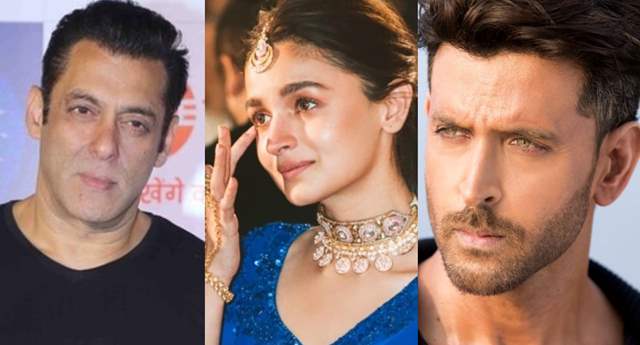 News about Sanjay Leela Bhansali roping in Alia Bhatt and Salman Khan for his much awaited 'Inshallah' had left fans super excited. It was touted to be one of the most anticipated films of the filmmaker as it had an unconventional pairing!

But, this excitement was short lived as Salman walked out of the film after the announcement and confirmation of it's release on the occasion of Eid in 2020.

For the unversed, in August 2019, filmmaker Sanjay Leela Bhansali’s production house, SLB Films had confirmed that Inshallah was indefinitely shelved. Salman Khan and Bhansali had announced that they’d be collaborating for a love story, titled Inshallah, also featuring Alia Bhatt, and the film would hit the theatres on Eid 2020. The project, however, was cancelled.

At the time, Salman had told Mumbai Mirror,

When he (Sanjay) came to me with this film, I liked it and we decided to work together again. One thing I can say is that Sanjay won’t do gaddaari with his film. I want him to make the film he wants to make. Nothing changes between us as friends and I’m sure nothing has changed in Sanjay’s heart for me.

However, now, as per fresh reports, it's confirmed that Salman has walked out of the project and it's been said that Hrithik Roshan has replaced him. Although there has not been any confirmation about it yet by the makers or the actors.

Meanwhile, Inshallah is a love story of a young girl and an old guy. On the other hand, Alia and Bhansali are gearing up for the release of their much talked about film Gangubai Kathiawadi.

A report in Bollywood Bubble states that Bhansali is keen to restart Inshallah but this time with a fresh pair, Hrithik Roshan and Alia Bhatt.

Reportedly, the plot of the film is a love story between a young girl and a much older guy, hence, the director wants Hrithik and Alia on board.

SLB wants to make Inshallah now. On one hand, he’s planning Heera Mandi as a big web series now and on the other, he wants to mount a film like Inshallah before Baiju Bawra because it’s more modern and has a contemporary take on love. In fact, it’s a story of mature romance brewing between a young girl and a much older guy. That’s why Salman and Alia fit the part. Then, he planned to make it with Hrithik Roshan and Deepika Padukone. But they are doing two back-to-back films and he doesn’t want his film to suffer.

Inshallah, which was a co-production between Salman and Bhansali’s banners, would have marked the director-actor duo’s first collaboration in two decades where Salman was supposed to play the lead. Bhansali made his directorial debut with 1996’s Khamoshi – The Musical, which starred Salman.

The actor went on to feature in the director-producer’s classic Hum Dil De Chuke Sanam in 1999 opposite Aishwarya Rai Bachchan. Salman also made a cameo in Bhansali’s Saawariya, which launched Ranbir Kapoor and Sonam Kapoor.