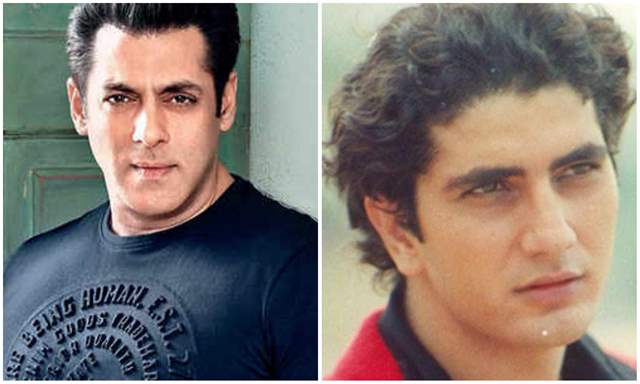 The Bhaijaan of Bollywood, Salman Khan, yet again come to the aid of an actor in need.

Salman reached out to former actor Faraaz Khan, who is currently battling for his life in the ICU and paid his medical bills. The Mehendi actor, son of Mahabharat actor Yusuf Khan is admitted in critical condition in a Bengaluru hospital after he was diagnosed with a brain infection and pneumonia. His family had started a fundraiser to raise money for his treatment. In such a situation, Salman Khan came to the rescue and extended a helping hand.

"It was very kind of Salman sir to call on us and foot Faraaz’s hospital bill. He spoke to me for 10 minutes, during which he not only inquired about Faraaz's health, but also remembered my father (actor Yusuf Khan) and his respect for him. Salman also let us know that he is in touch with hospital authorities and asked us not to worry."

Actor Kashmera Shah shared a post on her social media and lauded Salman for the big help. Sharing a picture of the superstar, she wrote:

"You are truly a great Human Being. Thank you for taking care of Faraaz Khan and his medical bills. Actor Faraaz Khan of Fareb game is in critical condition and Salman has stood by his side and helped him like he helps so many others. I am and will always remain a true admirer. If people don’t like this post I don’t care. You have a choice to unfollow me. This is what I think and fee. I think he is the most genuine person I have ever met in this film industry @beingsalmankhan."

As mentioned in the fundraiser shared by his family members -- Farhad Abousher and Ahmed Shamoon, Faraaz was suffering from a cough and infection in his chest for nearly a year. After the coughing aggravated during the pandemic, the actor consulted a doctor through video call on 8 October 2020. Upon consultation, he was advised to get admitted to a hospital. The day when the ambulance arrived to pick up Faraaz, he suffered a seizure and suffered two more seizures in the ambulance.

It was later diagnosed that Faraaz suffered consecutive seizures due to a 'herpes infection in his brain that had spread from his chest'.

"Besides, while he suffered from these seizures, he swallowed the mucous and saliva of his cough which entered his lungs and caused pneumonia in there. Because of this his blood pressure and heartbeat increased massively and he wasn’t able to breathe. He was put in the ICU care where after a series of complicated procedures and heavy antibiotics he was brought to stability" the statement added.

Abousher and Shamoon said that Faraaz Khan is still unconscious in the ICU and will require another seven to 10 days of critical care. The expense for the treatment will be around Rs 25 lakh, they added.

illa8 1 months ago money for publicly!!! why do u hav to tell everyone!