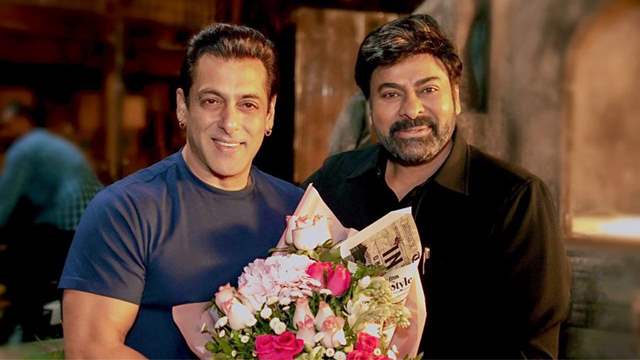 Bollywood superstar Salman Khan has begun filming for the upcoming Telugu action movie "Godfather," in which he co-stars South icon Chiranjeevi. The movie is a replica of Prithviraj Sukumaran's Malayalam film, "Lucifer," which starred Mohanlal.

Khan will make an important cameo appearance in "Godfather" and this will be his Telugu film debut.

Chiranjeevi posted a picture from the session with Khan on Twitter.

"Welcome aboard, bhai @BeingSalmanKhan, #Godfather!" Your entry has energised everyone and the excitement has gone to the next level .Sharing screen with you is an absolute joy . Your presence will no doubt give that magical #Kick to the audience ," the actor wrote on Wednesday.

Nayanthara and Satyadev Kancharana also star in "Godfather." Mohan Raja will be directing the film, which has been co-produced by Konidela Production Company and Super Good Films.

Salman Khan, on the other hand, was most recently seen in the film "Antim: The Final Truth."