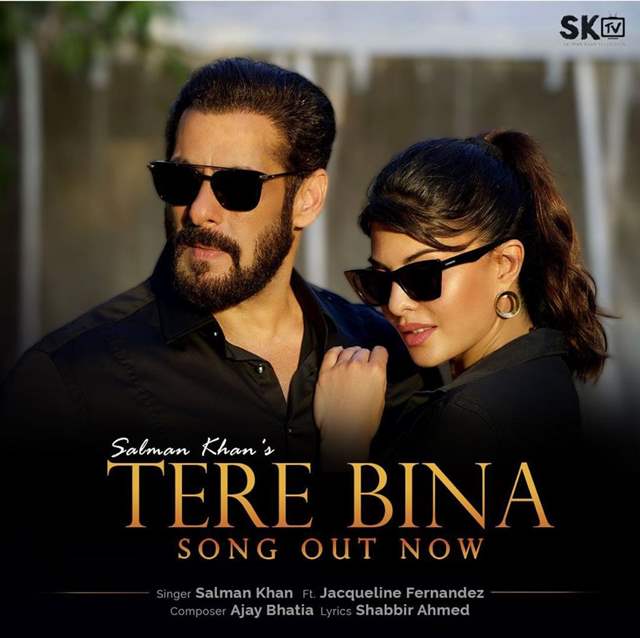 Ever since the song "Tere Bina" was released, it became an instant hit amongst the music lovers. While we were excited to see what Salman Khan was coming out next with after Pyar Karona, his latest single with Jacqueline Fernandez, "Tere Bina" is currently heating up the charts.

The song created a record as soon as it was launched and garnered 12 million views in just 24 hours. This is the only song and channel whose song and teaser both trended in top 3 together from the same channel on YouTube. The song received massive appreciation by all and has been trending on #1 on Youtube India. The song has already crossed 20 million views. “Tere Bina” has instantly become this seasons most viewed new romantic track.

Salman Khan who is known to break box office records with his movies, even breaks records while releasing a song that he is a part of. That is the popularity of Salman Khan. The success of the song is evident with the fact that it is still trending.

The song featuring Salman Khan and Jacqueline Fernandez is exclusively shot amidst the captivating scenery of Salman's Panvel farmhouse.

Sung and directed by Salman himself, the song is composed by his friend Ajay Bhatia, written by Shabbir Ahmed. The music video is live on Salman Khan's recently released YouTube channel and the entire audio is out too.

phadukaran 2 months ago releasing anything in these times would be a superhit, as there is no new content being dished out....