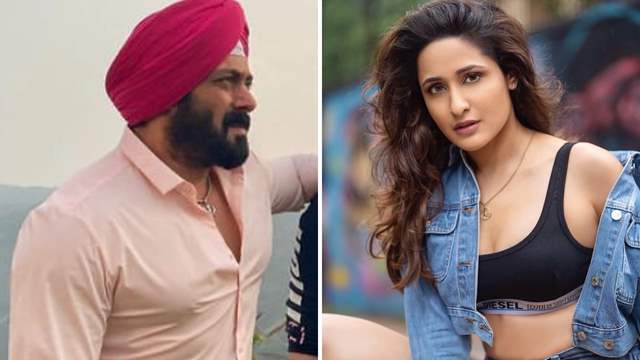 Mahesh Manjrekar’s cop drama Antim: The Final Truth starring Salman Khan and Aayush Sharma is the official adaptation of Marathi hit, Mulshi Pattern. A few weeks ago, the makers dropped an action packed teaser of the film featuring the duo as rivals on screen.

Aayush will be playing a gangster for the first time whereas Salman dons the turban to step into his character of a Sikh cop. The duo have been shooting together in Mumbai.

In the latest updates coming in, the makers of Antim have found the heroine who will be romancing Salman Khan in the film. Reportedly, South Indian actress, Pragya Tyagi will be seen alongside Khan as his love interest in Antim.

“She has been shooting silently for the last few days with the entire team of Antim and was also a part of the Mahabaleshwar schedule. She plays’ Salman’s lady love and the two will also have a romantic song in the film”, Pinkvilla quoted a source as saying.

If this is true then Antim will also mark Pragya’s debut in Bollywood. She is a popular actress down South and is currently a part of Balakrishna’s 106th film.

Apart from Pragya, television actress Mahima Makwana is also a part of the film and will be seen playing Aayush Sharma’s lady love on screen.

Directed by Mahesh Manjrekar, Antim: The Final Truth also features Nikitin Dheer and Jisshu Sengupta in key roles. Actor Varun Dhawan will also make a special appearance in the film with a Ganpati song alongside Salman Khan and Aayush Sharma.