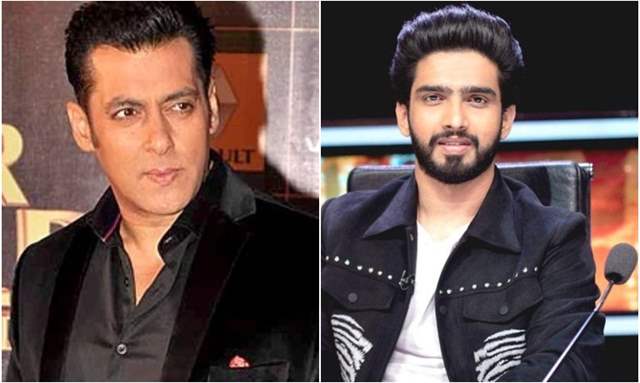 Music composer Amaal Mallik faced the wrath of Salman Khan fans or ‘Bhaitards’ as he calls them which led to several trends all over Twitter. It all started with Amaal calling Shah Rukh Khan as his favourite actor during his recent Ask Me Anything session and in no time, fans of Bhaijaan trolled the singer left, right and centre.

Amaal was asked to say a few words about Salman Khan, to which he said he called Khan a ‘superstar and a great entertainer’. However, another user hit back at the singer by accusing him of ‘boot licking.’ And that was when Amaal asserted that his favourite actor is Shah Rukh Khan and not Salman Khan.

This certainly did not go down well with Salman Khan fans who trolled Amaal Mallik mercilessly and passed nasty comments against him. However, fans of Shah Rukh Khan stood besides the singer and launched a Twitter trend #IStandWithAmaal in his support. 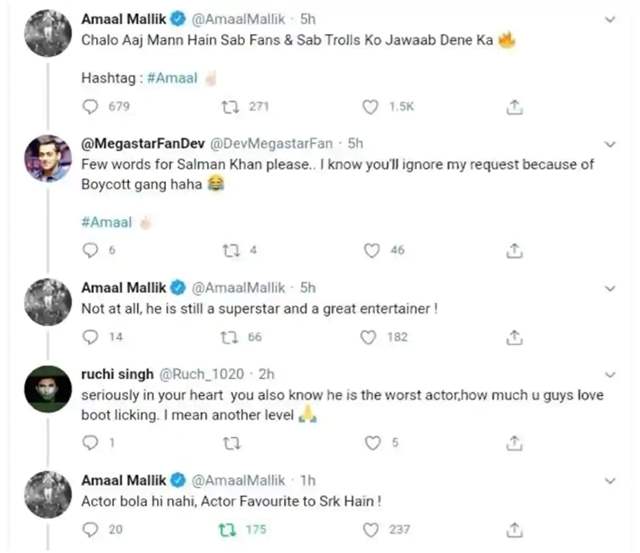 Amaal also hit back at all the trolls as he wrote on Twitter: “Aaj duniya ko dikh gaya what is the aukaad (Today, the world can see what is the stature) of these uneducated #Bhaitards. It all started with me saying #Srk is my fav actor, and these idiots went crazy. I respect #SalmanKhan for the launch he gave me, but that doesn’t mean I will take s**t from his fans or any one.”

Salman Khan gave Amaal his break into the industry as a composer in his 2014 film Jai Ho. Mallik went on to compose four more songs for Salman’s production, Hero, including the title track sung by the actor himself.

In another tweet, Amaal said that Salman Khan is like ‘family’ to him but that did not mean that he would be ‘forced to not like someone else’s acting’. He added in another tweet: “I can have my choice, it’s a free country....Ex : Armaan is my brother and he is a very good singer and a star, but Arijit Singh is my fav singer, that makes me against my family ? I like a few more actors too, but if I love SRK’s acting or if I look upto him what’s wrong?” 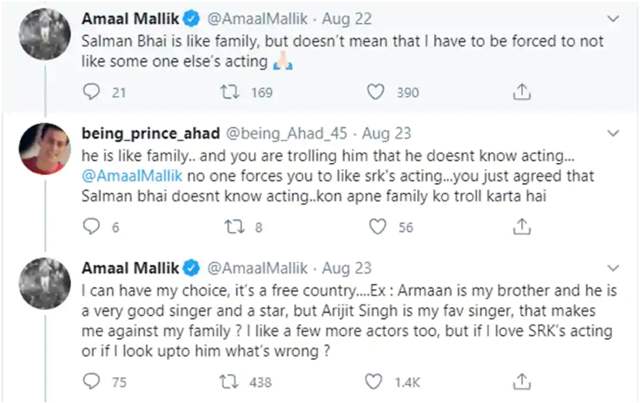