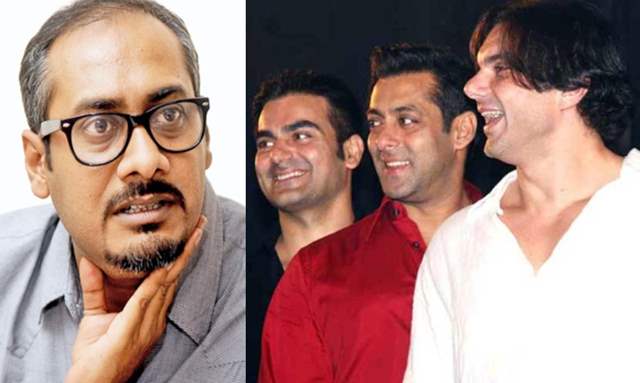 As Sushant’s death has paved the way for many artists to come forward and talk about their struggles, filmmaker Anurag Kashyap’s brother and director of ‘Dabangg’, Abhinav Kashyap has now called out Salman Khan and his family for sabotaging his career in an all-tell, shocking post. Actor Sushant Singh Rajput’s demise has sparked a debate and paved the way for many untold stories about the pressures and struggles faced by artists in the Bollywood industry. Sushant, 34, hanged himself to death and while the postmortem reports states hanging as the reason behind his death, home minister Anil Deshmukh also said that they would probe if professional rivalry drove the actor to suicide. Sushant was also battling depression for the last six years.

Also Read: ‘Sushant Singh Rajput Has Been Murdered, There is Conspiracy Behind His Death’ says Sushant’s Maternal Uncle

Sushant’s demise comes as a shock to his colleagues, family and friends. Bollywood celebrities came forward to extend their condolences to the late actor and his family. However, celebs like Kangana Ranaut, Nikhil Dwivedi, Rajat Barmecha slammed them for their hypocrisy and not extending help to Sushant in times of need.

Abhinav starts his post by writing, “My appeal to the Government to launch a detailed investigation. Rest in peace Sushant Singh Rajput… Om Shanti.. But your fight continues… The suicide of Sushant Singh Rajput brings to the forefront a much bigger problem of what many of us have been dealing with. Exactly what might compel a person to commit suicide?? I fear his death is just the tip of the iceberg just like the #metoo movement was for a much bigger malaise in Bollywood. The death of Sushant Singh Rajput brings under scanner the role YRF talent Management Agency might have played in pushing him towards his suicide but that is for the authorities to investigate.”

In a long, detailed note,  Abhinav Kashyap talks about how he dropped out of Dabangg 2 after directing Dabangg after Arbaaz Khan and Sohail Khan bullied him and sabotaged his career.

Speaking of his experience, he writes: “My experience is no different. I have experienced exploitation and bullying first hand. Arbaaz Khan on Dabangg and ever since. So here is my story 10 years after Dabangg. The reason I moved out of making Dabangg 2 ten years ago is because Arbaaz Khan in collusion with Sohail Khan and family was trying to take control of my career by bullying me. Arbaaz Khan sabotaged my second project with Shree Ashtavinayak Films that I was signed up with by personally calling their head Mr. Raj Mehta and threatening him with dire consequences if they made a film with me.”

He adds:  “But lo behold... Mr. Salman Khan and family sabotaged the release of the film and got their PROs to run a sustained negative smear campaign against me and my film BESHARAM before release. This scared the distributors from buying my film. Reliance Entertainment and I were capable and courageous enough to release the film ourselves but the battle had just begun. My enemies, which there were many ran a sustained negative Trolling and badmouthing campaign against the film till the Box Office of my film collapsed. But to their horror, Besharam had still netted 58 crores before it went out of theaters.”

“Over the next few years, all my projects and creative endeavors have been sabotaged and I have been repeatedly threatened with life and rape threats given to/for the female members of my family. The sustained gaslighting and bullying destroyed my mental health and that of my family and led to my divorce and breaking up of my family in 2017. They erred and sent some of these threats as texts, sent to me as sms from several numbers. Armed with evidence, I went to the police in 2017 to file an FIR which they refused to register but registered a non-cognizable complaint. When the threats continued, I forced the police to trace the numbers but they couldn't be traced back to Sohail Khan (the suspected sender). My complaint remains open to date and I still have all the evidence.”

Abhinav calls Salman Khan family the head of this venomous serpant and asserts that he will fight back:

“My enemies are sharp, cunning and always attack me from the back and stay Hidden. But the best part is after 10 years, I know who my enemies are. Let it be known that they are Salim Khan, Salman Khan, Arbaaz Khan and Sohail Khan. There are many other small fry’s but Salman Khan family is the head of this venomous serpant. They use a clever mix of their ill-gotten money, political clout and connections with the underworld to intimidate anyone and everyone. Unfortunately truth is on my side and I am not going to give up like Sushant Singh Rajput. I refuse to cow down and will fight on till I see the end of either them or me. Enough tolerance. It's time to fight back.”

“So this is not a threat, it’s an open challenge. Sushant Singh Rajput has moved on and I hope he is happier wherever he is but I will make sure that no more innocent will kill himself over lack of work with dignity in Bollywood. I hope suffering actors and creative artists will share my post on various social media platforms as will the media and people who patronize the entertainment industry.”

Abhinav Kashyap concludes by writing that if anything happens to him after this, the country knows who to blame:

“A lot of people are showing concern about my safety. Some concern is genuine, some fake. Either ways, I have done what I have done and will face up to whatever fate may come. I am not about to back off from my story. I have suffered for 10 years and I am quite done with it. To those who are asking why I have not taken the names of others in the Bandra cartel. Well..!! I have heard many more exploitation stories in Bollywood but have no personal grudges to grind against anyone except the Khans. I hope the people who have personally suffered at the hand of others can find the courage to write their own story with names. Expose your own tormentors. Or else don't expect any help from me.. This is my own struggle against the Salman Khan family and I alone am enough to take these guys on. Yes.. I will never commit suicide but should anything untoward happen to me.. By now the country knows who to blame... Treat this as my police statement. Cheers.”

What are your views on the same? Discuss in the comments below...

Kubbra Sait Slammed By Kangana For Supporting ...
20 minutes ago