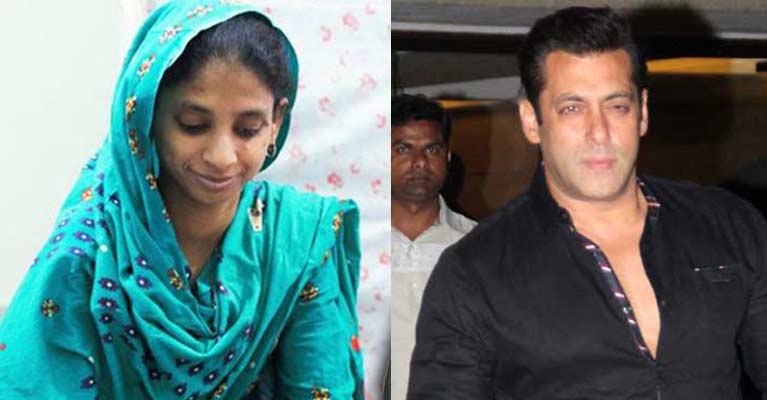 Superstar Salman Khan has said that he would have tried and done something to bring Indian girl Gita, stranded in Pakistan for the last fifteen years, back here had the government not taken over the issue. However, he is hopeful that the government officials will do a great job.

"But for us, to find out her parents and her location will be difficult. Also, we are scared that 'What if she does not get rightful parents?' So right now, let the government officials take care of this and I am sure they will do a great job of this," he added.

Gita, who is hearing and speech impaired is living in Karachi, Pakistan for the last fifteen years. In 2003, Gita, who was 11-years-old then, was spotted by the Pakistan Rangers in Lahore, after she strayed across the border. She was then handed over to Edhi Foundation, a social welfare organisation in Pakistan.

Salman is all praise for the fact that Pakistan has kept an Indian safe for such a long time.

"We should thank the NGO of Pakistan and the foster parents, who supported her all these years and kept an Indian there for such a long time."

However, he asserts that if Gita is brought back to India, then she must have a better life here than what she has been living there in Pakistan, "otherwise there is no point".

However, Salman has said that if Gita wants to meet him, he would love to meet her too.

+ 5
5 years ago Edhi foundation is a wicked NGO. Gita is in safe hands, but here's praying she is reunited with her parents and family very soon!