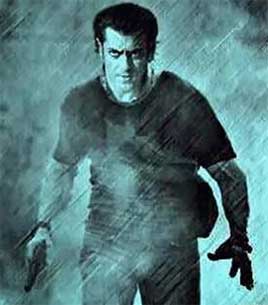 Salman Khan seems to be in awe of his co-star and Sri Lankan beauty Jacqueline Fernandez and says that she has the calibre to attain the same status in filmdom that 1970s glamour girl Zeenat Aman did.

Superstar Salman will be seen with Jacqueline in his forthcoming film "Kick", which is producer Sajid Nadiadwala's first directorial venture.

"There is one actress whom I love a lot and that is Zeenat Aman and I feel Jacqueline is the one who will reach that stardom," he told reporters Sunday at the trailer launch of "Kick".

Still working hard to improve her Hindi diction, Jacqueline got ample support from Salman on the sets of the movie.

"I taught her some basics in Hindi and I must say she speaks Hindi well with the spotboys," said Salman.