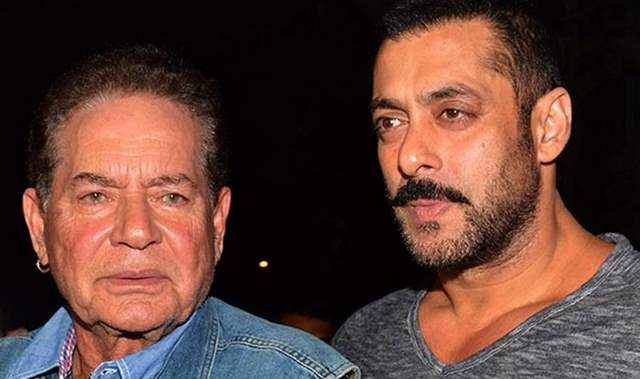 According to the latest update on ANI, the Mumbai Police said,

"Statements of actor Salman Khan and his father Salim Khan have been recorded by Mumbai Police after the actor received a threat letter yesterday, June 5."

Reportedly so far, four people's statements have been recorded. The other two statements might be from family members, since the investigative team was observed coming to Khan's Galaxy Apartments early this afternoon to undertake the investigation.

The police also further add that they have acquired footage of a total of 200 CCTV cameras from the area to aid in their investigation. "A total of 10 teams of the Crime Branch and local police are involved in the investigation of the matter," the Police told the portal.

For the unversed, Salim was apparently resting on a bench at the Bandra Bandstand after a morning stroll on Sunday morning when an unidentified stranger left him a letter threatening to murder him and his actor-son.

The police are examining the video of several CCTV cameras situated in the neighbourhood to identify the individual who left the threat note on the bench there.

Meanwhile, additional security cover was given to the actor who flew out of the city this evening to shoot for his film 'Kabhi Eid Kabhi Diwali' in Hyderabad. Police officers were also deployed at the actor's residence.