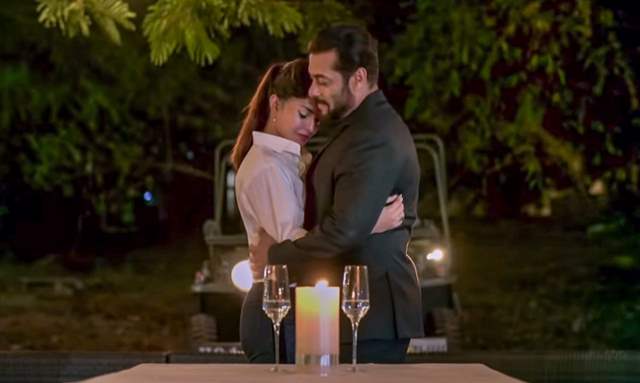 Ever since the beginning of the lockdown, most people are either engaging themselves in activities they always wanted to indulge in or pursuing their passion. Superstar Salman Khan who is stuck at his Panvel farmhouse is using his time productively and effectively. The actor recently released the video of the much-awaited love ballad 'Tere Bina' featuring him and Jacqueline Fernandez and the fans have been crooning it ever since.

While the video has been winning hearts and appreciation, the actor dropped the audio of the same. Salman Khan took to his social media and shared, "Video dekh liya, ab audio bhi sun lo. #TereBinaAudio out now!"

All set to be the romantic anthem of the year, 'Tere Bina' is sung and directed by Salman himself and is shot in and around the farmhouse itself. The picturesque background, beautiful lyrics, captivating chemistry of Jacqueline and Salman just sets the right mood. Talking about love is hard, and singing about it is even harder. A good love song is all you need to get you in the Valentine’s Day mood and Tere Bina is definitely topping the charts for all the right ingredients.

The song, sung and directed by Salman himself features Jacqueline Fernandez opposite him and is composed by his friend Ajay Bhatia, written by Shabbir Ahmed.