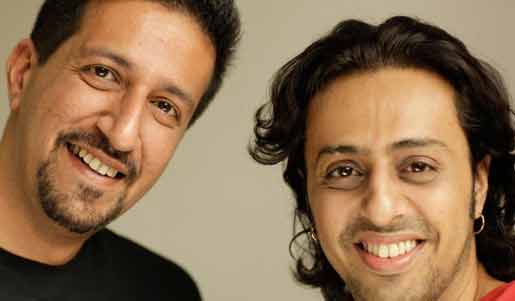 Composers Salim and Sulaiman Merchant have collaborated with actor-filmmaker and singer Farhan Akhtar for their single "Chhulein aasman" as part of an initiative to increase internet literacy among women in the country.

The song is part of a joint initiative called ReachForTheSky - by Farhan's foundation Men Against Rape and Discrimination (MARD) and Google.

Salim says they have decided to collaborate at their respective concerts to spread awareness in this regard.

"We have discussed this (about concerts) and Farhan said, 'If I am playing, you guys come along and I will come where you are playing and let's just play this song as much as we can, live'," Salim said here Tuesday at the launch of the song.

"Music is a lot about people. When you start collaborating and jamming together, then you take it to another level. 'Chhulein aasman' has been a wonderful trip and we may collaborate at each other's concerts," he added.