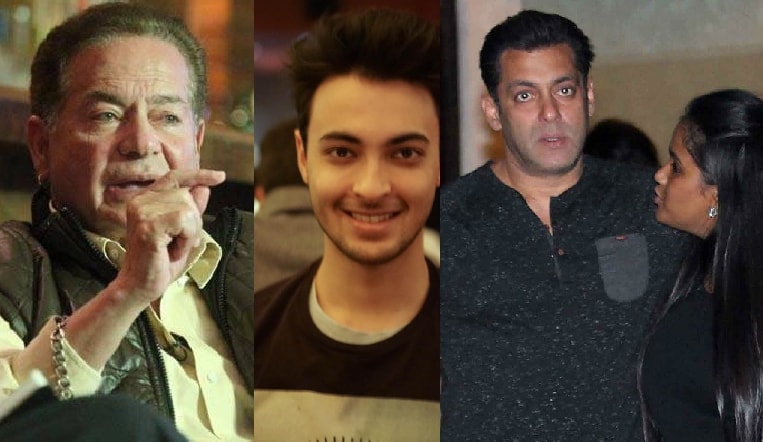 It was also reported that Aayush will be launched by no other than, Salman Khan himself!

In a conversation with a popular tabloid, Salim said, "Look, in this field of glitz and glamor, if you thought nepotism helps anyone become popular, I may say that you are wrong. Nothing is above talent. Only talent helps one sustain in this industry." (sic)

Salim also revealed that he was unaware whether who will launch Aayush in Bollywood. "Aayush will get work purely based on his talent. That's all I can say about it. I have no details about what type of movie it will be. I am happy that he will be making his debut soon. I wish him all the best!", he added further. (sic)

In the present scenario, where there is so much being talked about nepotism, what are your views on Salim Khan's statements? Leave your comments below.

4 years ago whether they admit it or not, nepotism does exist in bollywood. Outsiders who wanting to make big in the industry have to struggle to get that first break, but for a star's child it ain't that hard to get that first break and also second.
But after that its all your talent. If a star's child can't showcase or make profit based on his skills than its not going to be worth it.
To get that initial break, being a star kid will help you out alot. Karan johar is already planning on casting saif's daughter... who else janvi kapoor, amitabh bachchan's grand dauhgter blah blah ... kangana ranut was right karan johar is the flag barrer of nepotism which he also admitted.