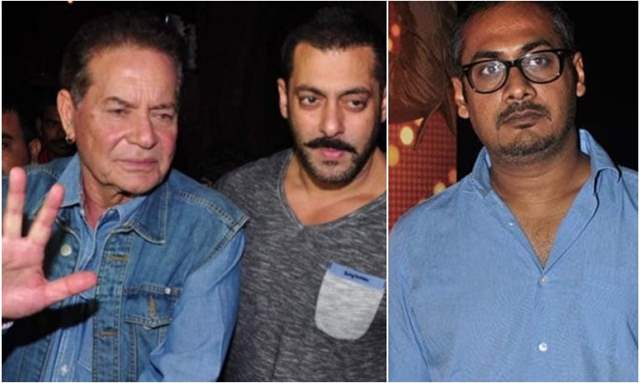 Sushant Singh Rajput’s death may have taken place because of suicide but his untimely death has paved the way for many debates and untold stories. The actor was fighting a battle against depression for the last six months and this has, in turn, sparked a conversation around mental health on social media platforms.

Various reports and theories are making a way following Sushant’s demise and the Internet is enraged over Bollywood and it’s celebrities for allegedly boycotting Sushant and neglecting him in his tough times. This has led to various other artists to come forward and speak up about their experiences in the industry.

Recently, filmmaker Anurag Kashyap’s brother and director of ‘Dabangg’, Abhinav Kashyap called out Salman Khan and his family for sabotaging his career and accused Arbaaz Khan and Sohail Khan of bullying him and sending threats.

Salman’s father Salim Khan has reacted to Abhinav’s allegations and in interaction with Times of India, he said:

Earlier, Arbaaz Khan hit back at the allegations and stated that he has taken legal action against Abhinav. A source close to the Khan family shared with us:

“This man (Abhinav Kashyap) himself is dealing with his mental issues, he is frustrated and has gone insane! Instead of being grateful to Salman and Arbaaz for the break which they had given him, he is cursing them and their family! I have known Salman Khan and worked very closely with him and not even once he ever asked me or anyone to put a negative news or run a negative campaign against anyone whom he didn't link. I also never saw Arbaaz Khan and Sohail Khan to do that to anyone as well and I have worked closely with both of them too. Following interviews of Abhinav Kashyap and Arbaaz are enough to prove that who is lying... I think Abhinav Kashyap himself seriously needs medical help and counseling…”

For the uninitiated, Abhinav had appealed to the government to launch a detailed investigation into the demise of actor Sushant Singh Rajput and shared a detailed Facebook post revealing his bullying experience.

“Mr. Salman Khan and family sabotaged the release of the film and got their PROs to run a sustained negative smear campaign against me and my film BESHARAM before release. This scared the distributors from buying my film. Reliance Entertainment and I were capable and courageous enough to release the film ourselves but the battle had just begun. My enemies, which there were many ran a sustained negative Trolling and badmouthing campaign against the film till the Box Office of my film collapsed. But to their horror, Besharam had still netted 58 crores before it went out of theaters” he wrote.

Abhinav further added: “Over the next few years, all my projects and creative endeavors have been sabotaged and I have been repeatedly threatened with life and rape threats given to/for the female members of my family. The sustained gaslighting and bullying destroyed my mental health and that of my family and led to my divorce and breaking up of my family in 2017. They erred and sent some of these threats as texts, sent to me as sms from several numbers. Armed with evidence, I went to the police in 2017 to file an FIR which they refused to register but registered a non-cognizable complaint. When the threats continued, I forced the police to trace the numbers but they couldn't be traced back to Sohail Khan (the suspected sender). My complaint remains open to date and I still have all the evidence.”

RapChick101 5 months ago Arbaaz khan is as asshole for saying that bad mental health is insanity. Like bro stfu. Poopfaced people this family is.