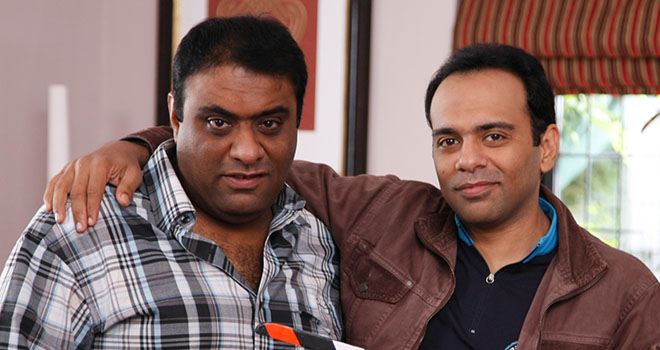 Filmmaker duo Sajid-Farhad, who are gearing up for the release of "Housefull 3", are hoping to work on a "serious" movie which will be high on entertainment quotient.

"Even if it's a serious subject, there will be an entertaining touch. We have grown up watching films like 'Sholay' and 'Khuda Gawah', so our film will be high on entertainment quotient."

Sajid-Farhad, who had written films like "Golmaal Returns", "Golmaal 3", "Chennai Express" and "Singham Returns", turned director with the film "Entertainment".

Sajid said while comedy is something they enjoy, adult comedies is a space they are not convinced by.

"We want to stay away from adult comedies. For us, family audience is the most important thing. An entire family should enjoy the film together. We can't do this... Due respect to films like 'Grand Masti', but we brothers try to stay away from it."