View Profile
Aishwarya Rai may have adorned the title of 'the Face of Cannes' for the Bollywood industry but still there are some newbies at the larger than life Cannes film festival, organized every year at the French city, w 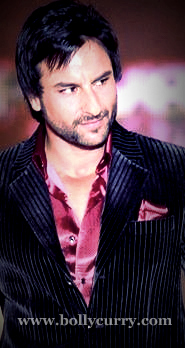 ho feel that there's no reason for her to be a part of it ever year.

Spilling the beans, we're talking about Saif Ali Khan, who feels that representing Bollywood in the festival is definitely a courteous honor but making an appearance autonomously is purely fruitless. Perhaps that is why, when he was questioned about Aishwarya's presence ever year, he was quoted saying "maybe because she's a pretty face."

What was left for us to wonder was whether he was admiring the lady's beauty or was intentionally mocking her.

Nonetheless, Bollywood's chote nawaab feels it is very important to showcase the cinema made in India because it's a very big platform for the Bollywood industry to reach out to a much wider audience.

Speaking about Ash's point of making herself present at the festival every year from the past decade, he was heard voicing his opinion that the only ideal reason for one to be present at Cannes would be for a film competing here. For him, it's all about showcasing movies!

He also feels that Cannes is a broad platform for the worldwide film fraternity to showcase and exchange ideas; and he feels that Indian Cinema has now evolved enough to make arty movies that can be showed there. On that note, he makes it a point to be fruitfully present there than just being present as yet another face!

Well that was Saif voicing his opinion, we'd love to hear yours.

exclusive
Exclusive Saqib Saleem: It breaks my heart to see Bollywood's ...
40 minutes ago

Bhumi Pednekar admits being Intimidated by Ranveer Singh; ...
42 minutes ago