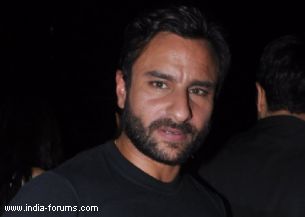 Saif Ali Khan gave away the title "Yaariyan" to producer Bhushan Kumar for his wife Divya Khosla Kumar's directorial debut for free. She says it was "generous" of the actor-filmmaker.

"When Bhushan heard the script, he thought 'Yaariyan' would be the apt title for the film but when we checked the title was registered with Saif Ali Khan's company. Bhushan spoke to him and without charging anything, he gave us the title free of cost. That's really generous of him," Divya told IANS.

"I know Salman and he is close to Bhushan. I am happy we are going to 'Bigg Boss' to promote the film," she said.

Divya says her directorial debut would not have been possible without her husband Bhushan, the head honcho of production banner T-Series.

"Without him, it was not possible. His support was incredible and the title was also suggested by him," she said.