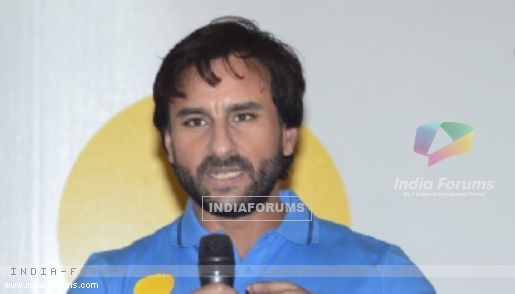 Actor-producer Saif Ali Khan has been appointed the brand ambassador of Olympic Gold Quest (OGQ) to raise funds for the training of the athletes supported by the not-for-profit organisation. He has committed a contribution of Rs.20 lakh annually to the NGO until the Rio Olympics 2016.

As brand ambassador, Saif, the son of late cricketer star Mansoor Ali Khan Pataudi and film star Sharmila Tagore, will garner donations and contributions for the benefit of athletes. He will also spread awareness about OGQ, its mission, vision and impact.

"I am thrilled to be the brand ambassador of OGQ as I love all sports. OGQ has been doing wonderful work to help Indian athletes in their quest for Olympic glory. These athletes are the true heroes and we must all do our bit to support them," Saif said in a statement.

"I'm announcing a contribution of Rs.20 lakh per annum to OGQ until the Rio 2016 Olympics. This will go towards the training of the athletes supported by OGQ. In addition to this, we will be doing a lot of fund raising events for Olympic Gold Quest," he added.

OGQ currently supports 57 athletes who are training for the 2016 and 2020 Olympics.