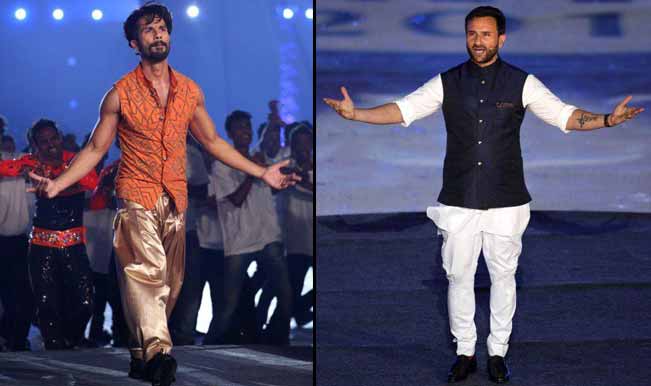 Shahid Kapoor has been in the news only for his 'Big Fat Indian Shaadi'. The handsome hunk will tie a knot with Mira Rajput next month. According to the reports wedding is going to take place in Punjab on July 10.

While Shahid is trying to keep everything under wraps about his wedding, a report says that the actor has already invited Saif Ali Khan to his wedding. The two will be working together in Vishal Bhardwaj's Rangoon.

The more interesting side is Saif is the first person to have received the invitation! In fact, Shahid personally invited the Nawab of Bollywood. This also means Kareena Kapoor is invited to wedding as well. Bebo was quoted saying she wouldn't mind attending Shahid's marriage, at various times.