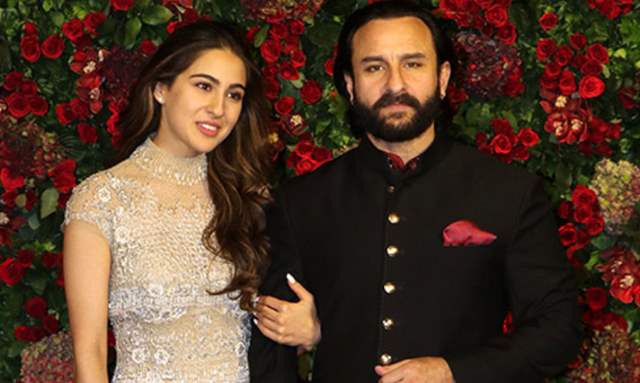 Actors Sara Ali Khan and Varun Dhawan released the trailer of their upcoming film Coolie No. 1. While the fans are excited to see the new on-screen jodi, and during a recent interaction with Mumbai Mirror, dad Saif Ali Khan revealed if he has seen the trailer and also shared what he feels when he sees his daughter Sara on the screen.

Saif spoke about Sara's stint in Coolie No 1 and shared that as a father for him it is 'funny' to see his daughter on the big screen. The Jawaani Jaaneman actor revealed that Sara did show him a few songs from the upcoming film with Varun and that he thought she looked like she was having fun.

Saif explained that he still thinks of her as his 'little girl' who has now grown up and mentioned that's the reason why it's funny to see her in films.

The 50-year-old actor revealed he has not yet seen the trailer and said, "No, I haven't, but she showed me some of the songs and it was evident she was having fun. It's funny seeing Sara on screen because, for me, she’s still a little girl, but of course, she's all grown up now."

With Coolie No 1, Sara Ali Khan will be seen entering the mad world of director David Dhawan. The film is a remake of the 1995 hit of the same name stars Varun Dhawan in the title role.

Meanwhile, on the other hand, the actor will be seen in multiple films including Bunty Aur Babli 2, Bhoot Police, Aadipurush, and a series called Tandav.