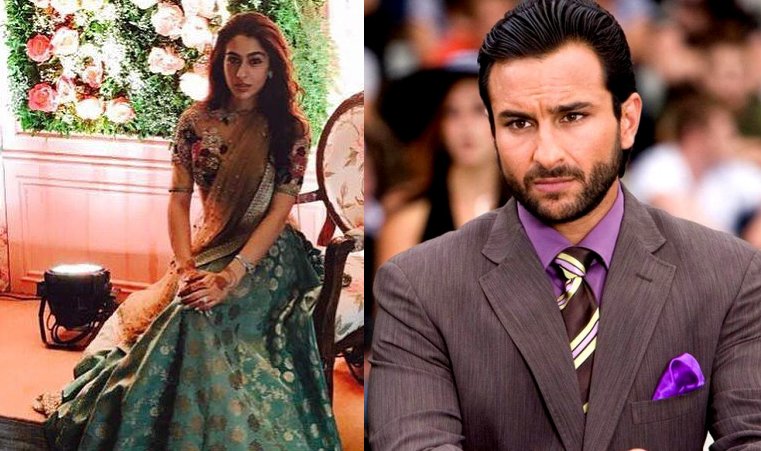 Saif Ali Khan and Amrita Singh's daughter Sara Ali Khan's debut has been the talk of the town. The latest update about it is that she will be launched opposite Sushant Singh Rajput in Abhishek Kapoor's next, Kedarnath!

However, someone close, is scared about Sara's entry in the films. It's none other than her father Saif Ali Khan! Though his family is full of actors, he is a bit worried about her daughter's career.

During a recent interaction with a popular daily when he was quizzed about the same, he was quoted saying, "A little nervous. Fear is the most driving factor in the industry. Why would she want that for herself? Look at where she studied. After having done that, why wouldn't she want to live in New York, rather than do this? I am not looking down on acting, it's just it is not the most stable profession. And everyone lives in constant fear. And there is no guarantee that despite doing your best, you will succeed. 'This is not the life, any parent would want for their children." (sic)

He also recollected a moment where he got to know that Sara also wishes to join Bollywood. He recalled, "I remember years ago we'd gone for a stage show abroad and while I was on the stage with Salman and other actors, Sara was standing behind the stage curtain and looking at us. I knew then that she wanted this for herself. Being on stage and people shouting her name!" (sic)

'Sushant was Very Troubled while shooting for Kedarnath,' director ...