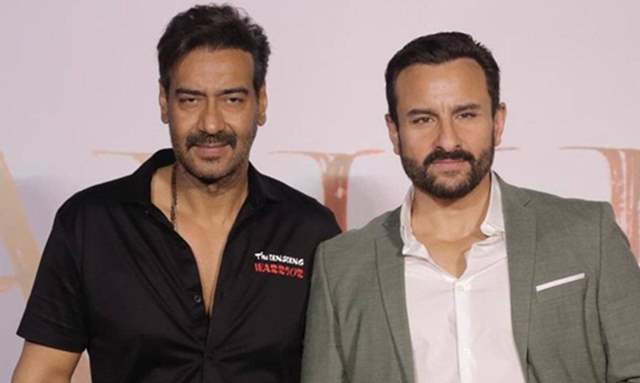 Saif Ali Khan and Ajay Devgn impressed the audience with their performance Tanaji. The duo was seen at the best in Om Raut’s directorial that turned out to be the only super-hit film of 2020.

The two were yet again speculated to star for Raut’s follow-up project - Adipurush. However, the director’s next project ‘Adipurush’ features Prabhas in the lead. Reportedly, instead of the male lead, Devgn was offered with the antagonist’s role in Adipurush by the director. But, the actor politely declined Raut’s offer.

A SpotboyE report quoted a source who said that Devgan has taken a conscious decision to stay away from negative roles. Now, the latest report suggests that the antagonist’s role in Adipurush is now being essayed by Saif Ali Khan who played the villain in Om Raut’s Tanhaji as well.

Saif has reportedly said that he enjoys playing the antagonist's role. "It's always interesting to dig into the dark side of your personality. I find negative roles fun to do."

Ajay Devgn has refused to play Raavan and was keen to play Rama in Om Raut's adaptation of the Ramayan in Adiprush.

For the uninitiated, Devgan was offered Rama's role in Raj Kumar Santoshi's proposed adaptation of the Ramayan in 2007.

In a career span of 27-years, Saif Ali Khan has been featured in many films for different types of roles. From portraying a supportive friend in Dil Chahta Hai to a family man in Ta Ra Rum Pum, Saif is counted among one of the industry's most versatile actors who does justice to their characters.

The actor has given some terrific performances in a negative role as well which he is to be remembered for.