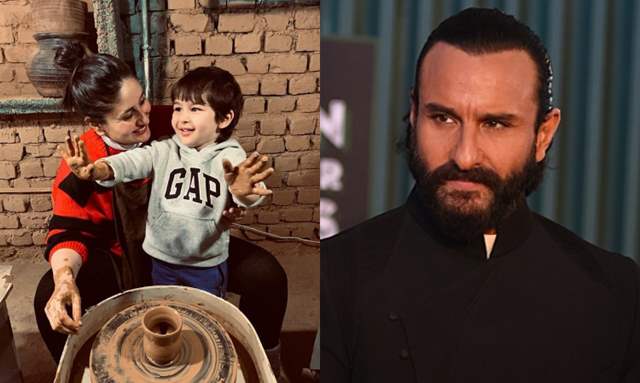 Kareena Kapoor Khan and hubby Saif Ali Khan are enjoying their time together in Dharamshala as the latter is shooting for his upcoming film - ‘Bhoot Police’. On the other hand, son Taimur Ali Khan is having a blast in the scenic town and he has been engaged in all sorts of activities.

During a recent interaction with Mumbai Mirror, Saif Ali Khan talked about the same and said that it does not bother him a lot as he appreciated being able to enjoy such places and activities owing to the job he has. He further added that he is lucky to have an amazing job that brings me to places like these.

He countered saying that he has been lucky and it can be frustrating being penned in a small apartment in the big city.

“Knowing that the negativity comes from there, I can be forgiving,”

said Saif in an interview with Mumbai Mirror.

Saif referred to his character - Sartaj Singh from Sacred Games and exemplified his actions as Sartaj would leave the lights on so he didn’t have to come back to a dark home. The 50-year-old actor revealed that he offers a prayer of thanks to God for this gift of love.

The Jawaani Jaaneman also spoke about the love he has received from his family and fans. He also mentioned that the warmth of a family is something he’s always grateful for and that someone up there surely loves him.

Meanwhile, on the work front, the actor will be seen in multiple films including Bunty Aur Babli 2, Bhoot Police, Aadipurush, and a series called Tandav.