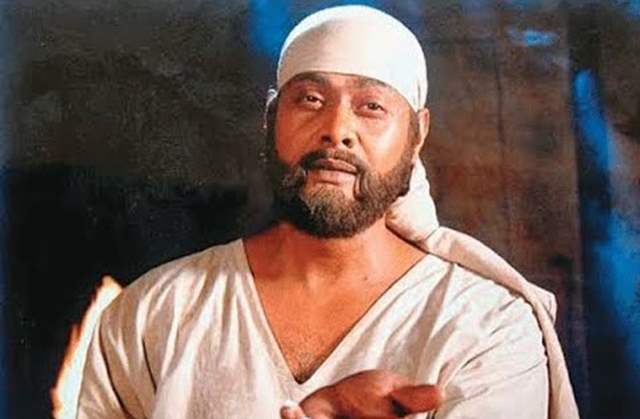 As one of the leading Hindi General Entertainment Channel, Star Plus is India’s favourite destination for quality, differentiated and inspiring content during tough times. Recently with the telecast of 80s' hit serial, Ramayan, not only the channel managed to entertain the audience but also garnered high viewership across key markets. Witnessing the massive response for such divine content, Star Plus brings forth the authentic portrayal of Sai Baba’s life journey in an engaging screenplay format with the telecast of ‘Sai Baba’ produced by Sagar Arts from Monday, 22nd June,2020 every day at 7pm for its viewers.

The show will help in spreading the message, teachings and work of Sai Baba during these unprecedented times in the country bringing solace to millions of his followers. The show has an impressive line-up of actors portraying key characters in the show. Mukul Nag will be seen in the role of Sai Baba along with other supporting cast members.

Commenting on the same, Creative Writer and Director Moti Sagar, said, “Our family was a firm believer of Sai Baba for many years. The thought process behind making the show ‘Sai Baba’ was the blessings that was given by him to my father, me and my family members. We can proudly say that we were the original makers & creators who made a show depicting the life of Sai Baba for Indian audience in 2005. The tale of Sai Baba will give the audience strength to fight various odds of lives with or without a pandemic. His speeches talk about uplifting Humanity and can inspire everyone in today’s day and age. The show deserves to be seen again and again and I am happy that Star Plus is telecasting the show for its viewers and devotees of Sai Baba during such tough times.”

In the last century, Sai Baba’s number of followers has multiplied exponentially and his tales plus teachings have guided people through trying times. This show has won accolades from audience since decades.

Witness the journey of the revered saint Sai Baba on Star Plus from Monday, 22nd June every day at 7pm

CINTAA ties up with Zindagi Helpline for combating suicides, ...
55 minutes ago

Sushant Singh Rajput Revealing about the Moment he Got Very ...
55 minutes ago