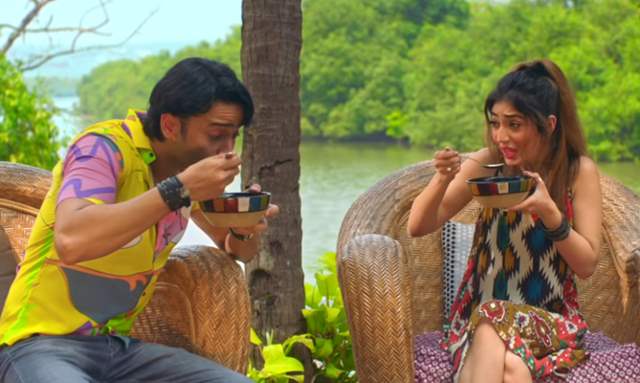 Music videos are on a rise and while we might or might not tire off them anytime soon, what is interesting to see is the new pairs that keep coming together. And with one of the latest music videos, Shaheer Sheikh has paired with Priyanka Khera. The song is called Je Tu Na Bulawe and is sung by Surya, a melodious track, with some emotions on screen as well as in the music.

A Punjabi track, as one can already fathom from the name, it narrates a rather interesting story of how two people meet under rather unfavourable circumstances, and what follows is the game of destiny. Just when love is about to bloom between two people who were strangers at first, things change and that love begins to hurt.

The music video sees Shaheer play a boy who is forced to give a home to a friend (Priyanka) of his friend when she decides to run away with her boyfriend. However, during the two weeks of them staying together, he falls in love with her, only to find out that her boyfriend has returned and that his love story, which started off as love at first sight, will remain incomplete after all.

While there's nothing out of the box that the story does, the song, the acting and the visuals put together make for a good watch!