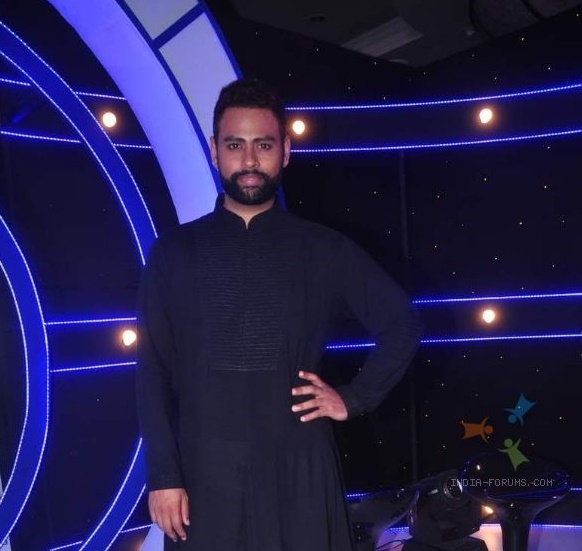 VJ Andy who rose to fame as a participant in Bigg Boss 7 is all set to face severe tasks and challenges in Zee TV's upcoming reality show "I Can Do That". He has also hosted TV shows like India's Got Talent, What's with Indian Women and Dare to Date earlier. This show would be totally different for him. The personality had a conversation with Telly Buzz as a participant of this upcoming show. Read on to find out what he has to say...
Q: Andy, you were earlier a participant on Bigg Boss season 7. How was your experience being there?
A: Well, I got to learn a lot over there. Earlier I used to think that people are good and kind but however later I learnt that they are actually not good at heart. A lot of politics could be seen there. It was difficult to do things as we were supposed to take care of ourselves completely right from, cooking, washing to everything.
Q: Can you tell us about your experience being a part of this show? Whether is it difficult or easy enough to go about?
A: Here, things are very difficult. I do things here that I could do as a teenager but that's not possible now. I was doing a back flip recently when I fell down and got hurt. My doctors had tied a bandage and will be removing it soon for the shoots. We are expected to do things that we haven't done earlier and yes, that are really a big task.
Q: As we can see that the acts that you guys will be performing here is physically tough. Do you take complete precautions before attempting them?
A: Of course! Safety is our first preference. We don't want to lose our lives while performing such difficult stunts. We wish that we do it well and reach our homes physically fit (appears to be worried).
Talking about his early life Andy gets a bit emotional and says, people think of me as a big shot. But I've been through a lot of struggle. Though I was born and brought up in London, I have worked as a waiter at a coffee shop and have done other things to be at this stage. I am perceived as an NRI but when people see my mom they actually realize about our Sanskars and Values as an Indian.
Q: One last question to you Andy. If you get a chance to do something socially what change would you bring for the country?
A: Well, if I get a chance. I would try to do some arrangements for orphans and abandoned children. Many of them are forced to beg and do all other odds which is extremely painful. Also, I am presently associated with a campaign to avoid children from working in mines and rather motivating their parents to send their children to schools.
Well, Andy seems to try hard to live up to the show, he has a long way to go ahead.
Keep watching this space for more updates...

VJ Andy I Can Do That  Zee TV