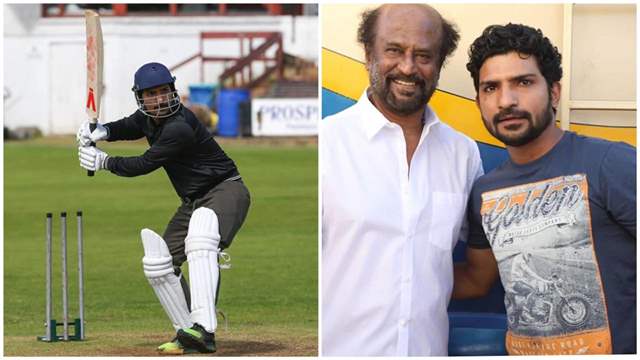 Jatin Sarna who rose to fame with the much-loved web show, Sacred Games is currently gearing up for two of 2020’s biggest releases.

With Rajinikanth starrer Darbar and Kabir Khan directorial 83’, Jatin is heading into 2020 and it is going to be a cinematic experience for all the fans out there to witness the very own Bunty in an altogether different avatar.

In 83’, Jatin plays batsman Yashpal Sharma who has gone under immense training to get into the shoes of the former cricketer. In AR Murugadoss’ Darbar, he is sharing screen space with Rajinikanth as a gangster.

Post the humongous success of Sacred Games part 1, Jatin has become a household name across quarters and with Sacred Games two the actor gained even more popularity amongst masses.

While still celebrating the success of his web show the actor immediately got into the shoot for his two upcoming films and is extremely honoured and equally excited to have worked on both the upcoming releases.

It is a lesser-known fact that the actor has worked on multiple films and plays in the past and is all set for a Pongal release with Darbar and an April release with 83’.

Rithvik Dhanjani on Dying To Do a Fiction Show Now Amidst ...
15 minutes ago

exclusive
Exclusive "The character is a very honest person who is very faithful ...
30 minutes ago