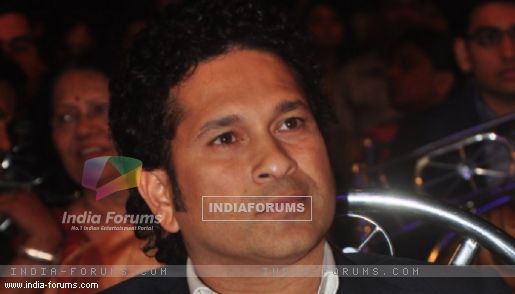 Master blaster Sachin Tendulkar has invited his fans to suggest the title of a "docu-feature" based on his life.

"Proud to announce the 'Docu-Feature', which would be based on my life. This is in association with @ravi0404 and @200NOTOUTFIILMS. Would love to involve you all.. Suggest what should be the name for this movie. Send me your thoughts here: http://Bit.ly/NameMyMovie," Tendulkar tweeted on Wednesday.

He has also promised a treat for those who suggest the best names.

"There is something very special in store for the ones who come up with the most ideal title for my movie. I am waiting to hear from you," he added.

Tendulkar too will star as himself in the biopic, conceived by Mumbai-based production company 200 Not Out in co-ordination with World Sports Group, the firm that manages Brand Sachin.

The movie, to be directed by London-based writer-filmmaker James Erskine, promises "never seen before facets and footage" on the cricket legend,

Apart from his presence in the movie, Tendulkar is said to be making a lot of contribution to the project, which will capture his phenomenal rise in the world of cricket.

In his career spanning 24 years, the cricketer scored 15,921 runs from 200 matches at an average of 53.78. He also has most batting records under his belt in Tests as also in the 50-over format.

Having started as a 16-year-old, the 'Little Master', at five feet five inch, holds the record for the maximum number of appearances and is the highest run-getter and century maker in both versions.