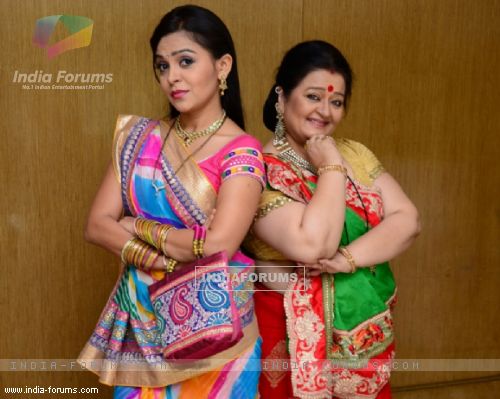 SAB TV's prime time show Tu Mere Agal Bagal Hai by Frames Productions was launched on July 7 has got a short life as the channel has shown a red signal to the show. The makers of the show had come up with a concept of owners of a house who bring in people as tenants. The makers had come up with a new concept of presenting a show with an essence of theatrical background.

Well, we now hear that the show is going off air sooner this month. To get a confirmation, we got in touch with Ami Trivedi who plays the character of Khandvi in the show.

Ami says, "Yes our show is going off air. Our show was a show lived show because it was an experiment that we were trying to do. Somewhere I guess it did not connect to the audience as expected. All of us were anyways mentally prepared before taking up the show that the show would either be a super hit or a major flop. But it will never be somewhere in the middle. So, we were just unfortunate. I think the audience got confused whether it was a fiction show or a non-fiction show. Maybe we could not clear all their thoughts on that concept. Other than that I feel it was a superb ensemble cast and I do not think it will happen again. The concept and thought of the show was very unique, something like this has never happened on SAB TV. We had an amazing writer who also writes for Colors' Comedy Nights with Kapil, our production house was also very good. But somewhere I feel the viewers could not relate to it."

We tried getting in touch with Producer Ranjeet Thakur, but he remained unavailable.

F.I.R that had became a weekend show to fit in Tu Mere Agal Bagal will take back its original weekday time slot.

We wish all the luck to the entire team of Tu Mere Agal Bagal Hai.

armyofspooks 9 years ago ali cud be the next big thing in bollywood if given chances like this one. imran and kat are awsum as usual. btr than bodyguard!!!!

-SalShah4eva- 9 years ago is it only me .who dont really like it..HUh

cpervaiz 9 years ago i agree that emraan and kat
are the lead pair but ali zafar is also a main part of the move and u can't just call him "ali zafar was good too" like ur doing a big ehsaan by complimenting a paki guy:(

adonis420 9 years ago So, Katrina's movie has not done as good as Kareena's but still, it's not a flop!